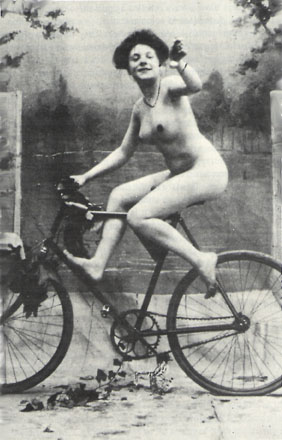 I was immediately attracted to the public speaker; his pressed slacks, his rounded shoulders, his straight gait. He spoke of birds and aviation. While myself I do not fly, it is true my aspirations have always run along those lines.

We met on a warm day. My dress wrinkled at the waist, his whiskers curled in ringlets. I'd gone shopping, then to the library, so I was carrying a lot. After his talk I questioned him about being a stewardess, and joining the airforce. He kindly outlined each career, eyed my big bags, and offered me a ride home. True I lived within one block of the auditorium. But as I just mentioned I was loaded with packages, and books.
Making an enormous circle (it took ten minutes), he drove while relating anecdotes of life in his field. Once we reached home it was his turn to wait. I arranged the objects in my room — piles of clothing, jars of cream, matchboxes — before we entered it. The speaker removed the hat from his head, then closed the door behind him. Leaning down he kissed me, and grew affectionate, sensuous, and wholly irrational. Our bed became a wild sea, and we vessels bobbing to her movement. While he moved easily in the darkness, my own motions were sober and efficient. I've already mentioned that I cannot fly, though I always had special feelings toward the sky.

Later he took a cigarette tipped with lipstick from between my fingers. "You only die once," he said.

People often describe me as birdlike, and I've always thought of planes as carrying my wishes on board.

In the morning we had boiled eggs and toast. The public speaker drank his coffee black, and encouraged me to do the same, saying eating light helped with any form of flying one might do. I had shopping to complete, among other things to do, so he suggested I keep the car, dropping him off and picking him up at his speaking engagement which promised to be a long one.

Shopping was easy enough, but overall concentration proved difficult. My thoughts were on the public speaker, his hands, his shoulders, and on a possible air profession. At this point, everything had turned out well that could have turned badly. Still I began to feel lonely for him even before he went away.