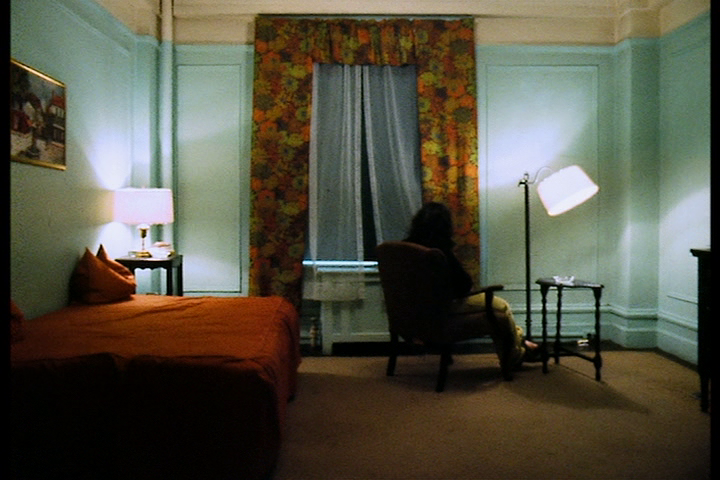 Gender is briefly discussed and contrasted with the equivalent in the teaching of Lacan, namely, sexuation, which, of course, is not an equivalence that exists since gender implies a sexual relation between the man and the woman, and sexuation is based on the impossibility of establishing the sexual relation between the two sexes. It goes further in sexuation: the heteros is missing.

There are gender effects in the dialectic of being and having the phallus which is a function that makes up for the absent sexual relation.1 Having the phallus is the centrepiece in Freud’s doctrine of masculinity. Being the phallus is Lacan’s invention in 1958 based on Riviere’s masquerade.2 Masculinity is the result of one kind of relation to the phallus, and femininity of another kind to it. One signifier, two sexes, or, as one says now, two genders! This dialectic begins with symbolic support but is eventually devalued to the imaginary. What does that mean? It means that masculinity and femininity can be described. Do descriptions lead to an essence? According to Riviere the masquerade is definitely not the essence of femininity.

The fundamental trauma is no longer castration which the phallus includes. Traumatic is the sexual non-rapport in that the sexual relation is a hole in the real. It is troumatique.3 Nothing like a hole to indicate that something that does not exist can still operate. The sexual relation does not exist, and it is the source of symptoms. If gender can be counted amongst these symptoms, then the non-rapport may also be a source of gender which is, in any case, a prosthetic device as all identifications are. That’s no reason not to use them to make up for what does not exist.

If this is the same real that one makes oneself the dupe of, then it becomes part of the ethics of psychoanalysis. A dupe can err just as much as a non-dupe. One must not be a dupe of just anything. In the ethics of psychoanalysis one has to make oneself a dupe of a disturbing knowledge since from the unconscious one strays beyond the fantasy into the real4 to which one can only have a solitary relation, based, as it is, on our exile from the Other sex.

Jacques-Alain Miller uses a term he calls connection-operator in his discussion of the sixth paradigm of jouissance.5 It may prove interesting to extend its use in the present discussion of the sexual non-rapport. “The impossibility of writing the sexual relation at the level of the real”—this phrase is, nevertheless, a signifier from which a signified can be extracted, namely, the disconnection between the man and the woman. It’s one of the main points elaborated in Seminar XX.6

It seems to me to be less ambiguous to refer to a disconnection between the man and the woman, as blunt as Lacan is: “…the impossibility of inscribing the sexual relation between two bodies of different sexes.”7 Translating “rapport” as symmetry would certainly lead to ambiguity. That would provide us with sexual non-symmetry or dissymmetry in the sexual relation. However, at least two parties are involved in a dissymmetry with effects in the symbolic and imaginary. In other words, a dissymmetry is not a disconnection. A disconnection is real. Nevertheless, in the symbolic there are many complex relations between the man and the woman, some of them dissymmetric, such as the relation in the dialectic of being and having the phallus. These relations may be interrupted before ever arriving at a specific, real disconnection. Narcissistic reasons abound in the interruption of such relations. But, perhaps narcissistic connections are being caused by a disconnection.

Given a disconnection between the man and the woman, one might wish to inquire about a previous connection. In the myth of the Name-of-the-Father such a connection is made. The connection is mythical. The subject craves for it which must account for the success of religious discourse. The disconnection is a fault in the structure concealed by the myth which structures truth like fiction. Fiction becomes our truth in a discourse. The effects of a fault in the structure are outside the discourse and has to be concealed by something else, by the reference.

Before it is enciphered in the Borromean knot, Lacan logicises the disconnection modally as that which does not cease not being written, which is impossible. The connection is logicised as that which ceases not being written, which is contingent. Contingency appears in his teaching at least as early as 1958 in relation to the subject’s existence as a woman or as a man. In our modern psychology they are gender terms which are, Lacan says, contingent with respect to existence, except he uses the term sexe.9

When it is working out, the operator is the big Other. A contingent connection occurs between the man and the woman in the field of the Other under the aegis of the paternal metaphor:

The matheme S(A) is a disconnection-operator. It is the Other as l’Une-en-moins, the One-missing as it has now been translated.11 Maybe that way of putting it—as the One-missing—has the ring of a disconnection. One can also index on it the interpretation “not everything can be said,” or the Other is not-wholly in the discourse. When the Other is not-wholly in the discourse, we write S(A).

It’s the Other that does not exist and is the sign of a disconnection. The woman, says Lacan in Seminar XX, 12 is not-whole in that something in her escapes discourse. At the point a woman is not-wholly in the discourse the disconnection-operator is dominant, and she is in a relation to S(A).

The man seeks out the woman in so far as she can be situated in discourse.13 He does not seek her out as not-all. In discourse the woman is a signifier quoad matrem.14 That makes sense for him. She enters the sexual relation as mother, having sought out a man as signifier. As a signifier the man enters the sexual relation quoad castrationem, and is in a relation to phallic jouissance.15 In the table of sexuation the man is incarnated in the signifier Φ. It is a signifier of castrated jouissance. The man and the woman seek each other out as connection-operators. Those terms which designate gender, masculinity and femininity, but, evidently, not core gender identity, are derived from Oedipal connection-operators, namely, from the signifiers mother and father. A connection is made in what Lacan calls a sexual encounter. In an encounter gender ceases not to be written. Gender is the sexed body which includes the secondary sex characteristics which are those of the mother.16 In the sexual encounter gender involves a prohibited body which is separated from jouissance. Nevertheless, with a little bit of luck the subject will have a good time.