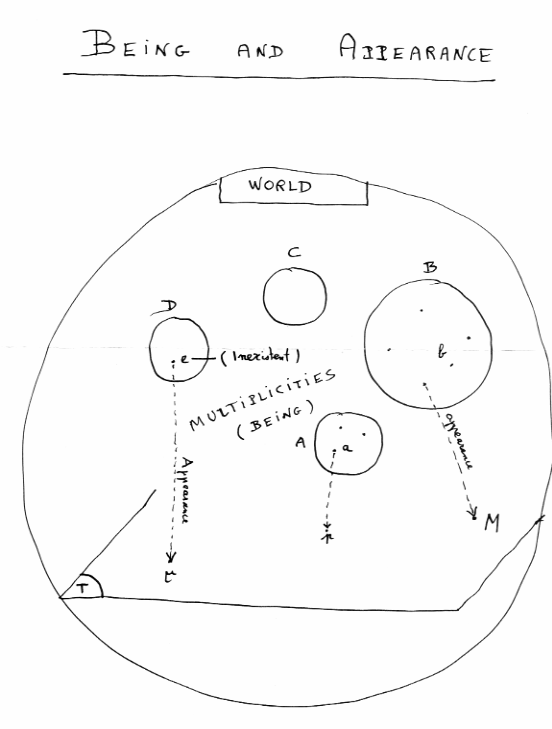 I am Josefina Ayerza, the editor of Lacanian Ink.

Let me thank you all for being here tonight, and very much thank Catherine de Zegher and The Drawing Center for hosting the event.

In the early 60’s Jacques Lacan construed his world in between structures and talked accordingly. Never more so than throughout his Seminar X: Anxiety - a rendez-vous point as he called it – where, as he proclaimed, all he had taught till then would regain a strong presence. On these grounds, le fantasme, essential as it is, got very soon measured against the structure of anxiety; they are, as a matter of fact, one and the same structure.

Curiously enough both figures can be traced throughout Lacan’s most difficult times. At this poit the S.F.P. (Societé Française de Psychanalyse) - Lacan is one of its members - wanted to be recognized by the I.P.A. (International Psychanalytical Association). In 1961, at the Congress of Edinburgh, the I.P.A. recommended the admission of the S.F.P. as a study group within I.P.A.’s supervision, but conditioned the admittance with the banning of Lacan, of Françoise Dolto... from the training analysts course: the problem was the short sessions, back for consideration, as in the split of 1953.

The S.F.P. chose not to make a decision for the time being: a motion was adopted stating that “any attempt to force the expulsion of one of its founder members would be discriminatory and would offend both the principles of scientific objectivity and the spirit of justice.”

However, in 1963, at the Congress of Stockholm, the I.P.A. voted an ultimatum: in three months Lacan’s name had to be crossed off the list of didacticians, or they were not going to affiliate with the S.F.P.

Two weeks before the expiration of the deadline fixed by the I.P.A. (October 31), the committee of didacticians of the S.F.P. gave up its courageous position of 1962.

While Serge Leclaire was the president, Daniel Lagache, Vladimir Granoff and Juliette Favez brought the final draw of the so called the ex-communion of Lacan.

Leclaire then received a letter from Lacan himself announcing he was not going to attend the meeting because he could foresee the disavowal. Thereby, on November 19, the majority ruled in favor of the ban. Same night, Lacan was informed about the outcome of the meeting. He, no longer, was one of the didacticians. The following day, his seminar “The Names-of-the-Father” was to start at Sainte-Anne.

Of the names of the father... Why the plural for the name of the father? Lacan questioned his own title at his one day Seminar and he announced that it was to be the last one. Then, he remitted the title to his paternal metaphor of 1958; to the function of the proper name he referred to in 1961/62; to the father drama in the Claudelian trilogy from 1960... he ultimately hooked up with his latest Seminar, Anxiety.

With Alain Badiou, our guest here tonight, it is Art’s Imperative: Speaking the Unspeakable”

© lacan.com 1997/2006
Copyright Notice. Please respect the fact that this material in LACAN.COM is copyright.
Available only through EBSCO Publishing. Inc.
It is made available here without charge for personal use only. It may not be stored, displayed, published, reproduced, or used for any other purpose.