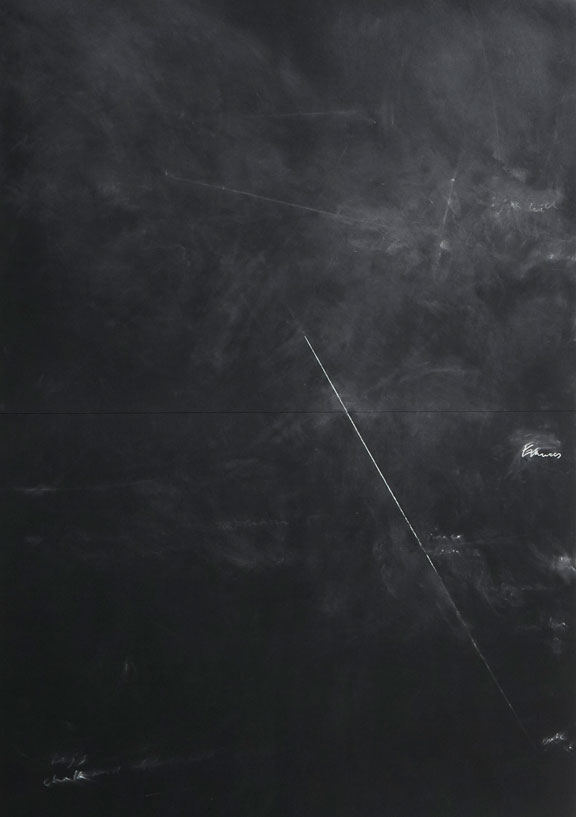 Joyce avec Lacan doesn’t mean James Joyce and Jacques Lacan walking arm in arm down rue de Lille as I have often seen Jacques Lacan and Jacques Aubert, when the former brought the latter the most recent books of the third. No, Joyce avec Lacan echoes the singular title of a piece by Lacan, Kant avec Sade, where the already numerous readers of l’Éthique de la psychanalyse could find, if they made the effort of tracing it, the major topic of this seminar, developed, or further illuminated.

Kant avec Sade means for Lacan that the Philosophie dans le boudoir is in accordance with the Critique de la raison pratique, insofar as it completes it and makes it truthful. More precisely it reveals the object that fails to appear against the experience of the moral law. Thus in formulating the principle de Sade “à la mode du Kant,” be it the right to jouissance in the way of a universal law, you verify that the will of the-law-for-the-law is homologous to the will of jouissance: both divide the subject, $ to be shared between its well-being and an unpleasing wellness (morality, jouissance).

This impeccable demonstration does not work; you doubt, without humor—like each time the rational was forced to its extreme consequences without consideration for the reasonable. Everything here is in its place, because the case is the super-ego, Freud in short pointing to this presence in every effect of humor, and because the clinical thesis it discloses may be stated in the simplest terms: the post-Oedipal super-ego that Freud nails is the inheritor of the pre-Oedipal super-ego that Melanie Klein discovers. That is to say: Kant avec Sade packages a more secret Freud avec Klein.

But it’s not less true that a procedure arises, generalizable to X avec Y. This way of reading through interference may well dignify the paranoid critical method of illustrious memory.

I don’t want to say that the essays gathered (in Joyce avec Lacan) respond or do not respond to the astuteness of this title; I whispered it to Jacques Aubert before reading them, therefore it’s him I call on for its relevance. Without doubt they speak of Joyce in the terms of Lacan more than they talk of Lacan in the mode of Joyce. And I—even if it means patting myself on the back—what else do I do in my courses in the Department of Psychoanalysis but talk of Lacan in the mode of Lacan? This would not make a lot of sense if there were not more than one Lacan.

This line of thought brings us to ponder on how Joyce came to be considered by Lacan (…).

I will go right to that A letter, a litter which he invokes since 1956 in his Seminaire sur la lettre volée [1] to emphasize that there is nothing but signifier in a letter. A letter is a message; but it is also an object.

What in fact is a signifier? It is the word with which we designate a sign, insofar as it takes up the effect of signified. But the wholeness of the sign is not there. While speaking you could believe it (since the sound dissipates let’s consider it in spite of what the Freudian unconscious attests), but not when writing: a letter that has been read stays. Will it go in the trash? Will it be torn, filed, shown, lost, sold, stolen? In any case the destiny of the letter disjoins from the function of the signifier; the recipient of the one is not the recipient of the other. What then will we call a letter as such? A sign, defining not its effect of signified, but its nature as an object.

Hitherto one must read the Poë of Lacan avec his Gide (Jeunesse de Gide, ou la lettre et le désir) [2]: Madeleine burns the letters of André which had no duplicates, thereupon she reveals the signification of jouissance, their fetishistic nature. The effect of signified is no longer the case, rather it is what the sign as written bears of a jouissanceinvariably subtracted from the sender—and this is why whatever happens to the substructure of the letter, the debt settlement always returns to the sender.

To rephrase: the function of the word does not use up what there is to the field of language. Why not go as far as to rewrite the title through which Lacan introduces his teaching, in compliance with the complement that he brings about four years later?—“Fonction, instance et champ de la parole, de la lettre, et du langage en psychanalyse.”[3]

Let’s watch for the clinical, its complement, to impose it. Thereupon the symptom—how to render it without implicating the letter in the structure of language? The psychoanalyzable symptom can be interpreted: it is certainly a message, but its consistency is only semantic: it includes this jouissance discovered by Freud as a limit to the power of interpretation, in the so called “negative therapeutic reaction.” In this the symptom, if supported by a structure identical to the one of language, is not articulated in a spoken process, but “inscribed in a process of writing.”[4] This was explicitly formulated by Lacan since 1957.

How do jouissance and sense conjoin in the writing of the symptom? (…) The big graph proposes a Freudian solution, through the interference of the fantasme ( $<>a ) in the signification of need, s (A); Lacan formulates this interference again in his Télévision as the sens joui (or jouis-sens); and this is what takes him to Joyce-le-Symptôme, in order to question psychoanalysis in the field of language from the written.

Thus the schema of communication itself loses its prevalence; if the unconscious is structured like a langage, it is not right away discours of the Other: it only becomes discours of the Other through the artifice of the analytic experience. At the place where there was an always autistic jouissance, analysis causes the effects of the signified to arise; it operates on the symptom while introducing a special effect of signification, called “the subject-supposed-to-know,” but in itself, the symptom says nothing to anyone: it is ciphering and jouissance, it is pure jouissance of such writing.

So I could have expounded at length this year on the definition of the symptom through which Lacan breached the last moment of his teaching: “façon dont chacun jouit de l’inconscient, en tant que l’inconscient le détermine.”[5] This seminar, R.S.I., delivered from 1974-1975, should have been finished with the conference Joyce-le-Symptôme where the next seminar, le Sinthôme gets announced (…).

At that time the question for Lacan was—had anybody grasped it?—the most radical question ever formulated from the very fundament of psychoanalysis, conducted from the symptom as hors-discours. From there came the departing from previous constructions established in different ways on the structure of discourse, and the appeal to a topology in which the symbolic does neither overhang, as place of the Other, the imaginary, nor does it even encircle the real as impossible but enters in the rank as one of the three. From there the reference to the Joyce insignia, manipulating the letter outside the effects of the signifier to the ends of pure jouissance. To evoke psychosis was not anymore applied psychoanalysis but on the contrary, with the Joyce-symptom taken for unanalyzable, it was the discourse of the analyst put into question, insofar as the subject identified with the symptom closes up in its artifice. And it could be that an analysis does not have a better ending…

I hope these lines sufficiently convey the fact that there is not a single phrase of Lacan, as opaque as it may seem on the reader’s first approach, that is not explainable in an actual “order of reasons,” again illuminating the yet unperceived—at once with the analytic experience.