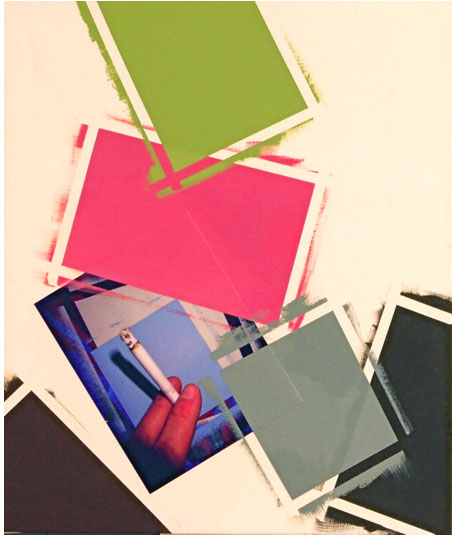 WOMAN DOES NOT EXIST

In Schreber’s Memoirs, verbal hallucination takes on an infinite variety of forms. Lacan points to the differences which happen to stem from its speech structure.

So he will distinguish the code phenomena and the message phenomena.

As to the code phenomena there are the voices, that talk a basic language. Schreber describes it as “a vigorous though somewhat antiquated German, characterized by its great wealth of euphemisms,” and he says of its form that it is authentic on account of its characteristics of “noble distinction and simplicity.”

The relation of the message to itself is redoubled here.

These messages are taken to be borne of beings whose relations are enunciated by the messages themselves, in modes, says Lacan, that prove to be quite analogous to the connections between signifiers.

The term Nervenanhang, which translates as “nerve-annexation,” and which also comes from these messages, illustrates this remark insofar as passion and action between these beings are reduced to those annexed or dis-annexed nerves. But also insofar as these nerves, just like the divine rays (Gottesstrahlen) with which they are homogeneous, are nothing but the entification of the spoken words they bear (S. 130) which the voices formulate as: “The nature of the rays is that they must speak.”

Do we have a phallus here?

If the purpose of the big Other is suspended, the other will coincide with the horrific Thing—like in Antigone. Right away jouissance is displaced. Now the symbolic Order is the monstrous Thing that directly sucks up to me—Schreber’s God, who directly controls him, penetrates him with the rays of jouissance.

If there is no Thing to underpin our everyday, symbolically regulated exchange with others, there is a “flat,” aseptic universe, in which subjects, deprived of their hubris of excessive passion, are reduced to lifeless pawns.

These code phenomena are specified in locutions that are neological in both their form—new compound words, and usage.

“It is the signifier itself—and not what it signifies—that is the object of the communication.”

This is the system’s relation to its own constitution as signifier, which should be filed under the question of metalanguage and which, says Lacan, demonstrates the impropriety of this notion—Lacan is against elements differentiated within language.

What is actually involved is an effect of the signifier, insofar as its degree of certainty (second degree: signification of signification) takes on a weight proportional to the enigmatic void that first presents itself in the place of signification itself.

—At this point in the book we know that the support for his side in the forced game of Denkzwang (thought), which God’s words constrain him to play, has a dramatic stake. God, whose powers of ignorance become apparent later, considering the subject to have been annihilated, leaves him in the liegen lassen (lurch).

—The fact that the effort to reply, which the subject is thus stuck on, so to speak, in this way in his being as a subject, eventually fails at a moment of “thinking nothing.”

—What he calls the Briillenwunder (“bellowing-miracle”), a yorn from his breast that surprises him beyond all warning, whether he is alone or with others who are horrified by the image he offers them of his mouth suddenly agape before the unspeakable void, abandoned by the cigar that was stuck there a moment before…

(b) Hulfe” rufen are the cries of “help” made by “those of  God’snerves separated from the total mass,” whose woeful tone is explained by the greater distance to which God withdraws.

In 1914 Freud would probably not have missed the true reason for the reversal in Schreber’s sense of indignation—initially aroused in him by the idea of Entmannung, which was precisely the fact that in the interval the subject had died.

This, at least, was the event that the voices—always informed by the right sources and ever constant in their information service—told him after the fact, complete with the date and name of the newspaper, in which the event was announced in the obituaries.

The first is that of a trans-sexualist practice, not at all unworthy of being related to perversion, the features of which have been presented in many case histories since that time.

Lacan here talks of “endosomatic perception,” of the so-called nerves of female pleasure, particularly in those zones where they are supposed to be erogenous in women.

One remark he makes—the remark that if he were to incessantly contemplate woman’s image, and never detach his thoughts from the prop of something feminine, God’s sensuality would be all the better served.

And this turns our attention to the other facet of his libidinal fantasies. “This other facet,” says Lacan, “links the subject’s feminization to the coordinate of divine copulation.”

Freud saw the sense of mortification, when he stressed that “soul-voluptuousness” is linked to “bliss,” insofar as the latter is the state of deceased souls. The fact that the now blessed voluptuousness should become the soul’s bliss is, indeed, an essential turning point.