“What is a Picture?” 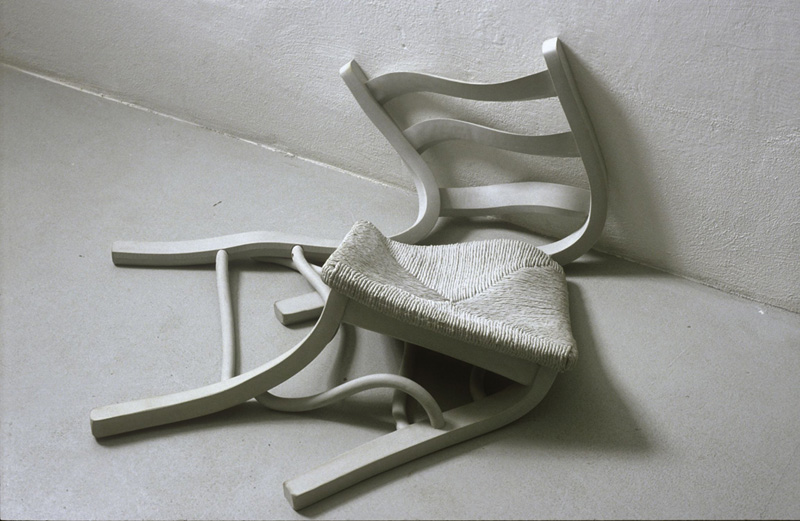 This paper is a schematic outline of how we can look at Saturday Night Fever as a rigorously theoretical text about the construction of the gaze as objet a, adolescent group formations, and the decline of the power of the paternal function. In this particular version of the paper, I will try to emphasize the Lacanian notion of the gaze because we were asked to address ourselves to the “What Is a picture?” section of Four Fundamental Concepts. I would like to argue that in some way, Saturday Night Fever is very much a picture. A picture of what, however, is a question that we can leave open.

While Saturday Night Fever demonstrates that there is a connection between disco and Dad, it also goes on to sketch out what Laurence Rickels in The Case of California has reflected on with great perspicacity—the adolescent condition of perpetual tension between the couple and the group. In terms of my own work, this paper falls into a series of studies that I am working on that function each in different ways as more or less Lacanian readings of Freud’s Group Psychology and the Analysis of the Ego, Civilization and its Discontents, and Moses and Monotheism. I will attempt to show how Saturday Night Fever was able to anticipate so very well the topography of the contemporary art world and I argue that the formation of artists has much to do with group psychology. The artist must emerge from the group or group show in which he/she finds him/herself in order to gain access to the couple relationship that he/she is supposed to have with a dealer, or as in the case of serial monogamy, dealers. The specificity of Brooklyn as the site of the group (and acting out) and Manhattan as the site of the couple (of sublimation) is played out today with endless variations in the topography of the New York scene of which this paper is only a brief description. I call this phenomenon the Brooklynization (as opposed to the Balkanization) of the art world. What does one see from Brooklyn when one is an artist, but other artists being seen? The object of envy here, invidia—that is derived from the Latin videre—is the gaze of and in Manhattan. The invidia is so strong that the Brooklynized subject at times must turn away completely from the pictures seeing and being seen, taming the savage gaze. Getting from Brooklyn to Manhattan is not as easy it seems.

In the film Tony, played by John Travolta, lives at home with his parents in Bay Ridge and works, significantly enough, in a paint store where he is involved with blending colors. One of the first things that the film establishes is Tony’s vacillation from one identity to another—this vacillation, this variation, this blending of personalities and instability of affect is described for us by Rickels as being particular to the teen. “Adolescence is a kind of converter or blender. The teenager rebounds back and forth between extremes and short attention spans (for example, between asceticism and sexual or self-destructive excess.)” In Tony’s case, he vacillates between being the good shop boy, the loser son, and the swaggering king of disco—he blends into his environment. His bedroom provides a transitional space for the blending of personalities and the arrangement of the self in order to blend in with the family and then the peer group. In Tony’s bedroom there are four posters on his wall that he quotes from in his gestures and expressions in order to construct his identity: Al Pacino, Bruce Lee, Sylvester Stallone and Farrah Fawcett. The fourth is supposed to be an object of heterosexual desire, and not identification; but it is precisely Tony who throws his head backward all the time on the dance floor, quoting both Farrah’s and Saint Teresa’s gesture of hysterical self-abandonment and feminine ecstasy. Tony lives in a gallery of gazes, for Lacan lets us know that what is behind every picture is a gaze. Tony’s identity formation is the unproblematic, frictionless, virtual copulation of partners. The coordination, the rehearsal, the repetition, and the practice that are necessary for this staging belie its artifice, its ruse. The effortlessness of couple dancing is ruse itself. In disco, the pelvis follows the beat while it simulates copulation. The dance floor is the site of endless reenactments of the impossible sexual relation and it should remind us that the lure of sexual attraction, for Lacan, has always to do with masking and travesty. In a moment of so-called real contact with Annette, a woman who has a crush on him and whom he has heretofore spurned, Tony refuses to go through with intercourse because she isn’t “fixed,” isn’t wearing what he calls an “I.O.U.” Annette responds with “I love you” and “It doesn’t matter”—as if the declaration of love were enough of a prophylactic against all the consequences of intercourse, transforming as it does the sexual act into the making of love. Tony’s failure to consummate his relationships and his lack of mastery of the English language are precisely the places of identification which Slavoj Zizek showed to work against the leftist attempts to discredit Ronald Reagan—his many verbal slips and faux pas—because the public identified with his failing, his lapses. Tony aspires and fails, much as the infant of the mirror stage fails to become one with, and aspires to, his/her reflection in the mirror. Tony is constantly trying to pass over completely into the space of fantasy—what he wants is to replicate the high that he feels on the disco floor. He doesn’t like drugs as much as his friends, but he has a toxicomaniac’s relationship to reality—he wants to synthesize a high that he has managed to achieve on the disco floor in other areas and spaces of life. The high of the disco floor is the high of being King—over and over again in the film, Tony is described as being “king of the dance floor.” Ego is known as the little king, and the space of the dance floor is the space of ego. Tony’s sense of egoistic omnipotence is confirmed and affirmed by all the gazes tooled at him. He relives a kind of infantile glory: what he wants is to go back to the future and be king. The shots of Tony preening in his bedroom mirror intercut with overhead shots not so much gendered or transgendered as it is adolescent, a strange blend, polyester or not. The reading of John Travolta’s Tony as gay is one that can be included in my take on the film, but it is obvious that the question of his identity formation is not reducible to a problem of sexuality.

In Rickels’ read on teen sexuality, the group and the couple exist in a relationship of tension with regard to one another, and exert at all times enormous power on the individual subject. “Adolescent lovers take orders from the group (and not from their parents) to reproduce or reduce themselves.” Bobby G. is an adolescent lover who obeys too well the group’s imperative to suicide instead of to couple when he avoids marrying his girlfriend, whom he has gotten pregnant, by falling off the Verrazano Narrows Bridge. Ostensibly, Bobby G. is overcome with disappointment that Tony never calls him. Tony’s gang, or group, traditionally climbs the cables of the Verrazano Narrows Bridge and performs death-defying feats, confirming Freud’s theory that there is a marked lowering of inhibitions in the individual in the group, accompanied by an increased sense of fearlessness in the face of danger. In the army, such fearlessness is rewarded as courage in battle. Bobby G., up until the end of the film, refused to participate in the antics of his peer group on the bridge; finally, when he stands on his head and leaps on the I-beam of the bridge, he shouts all the while, “Look at me, Tony, look at me.” He is asking for the gaze, i.e., love, of the leader.