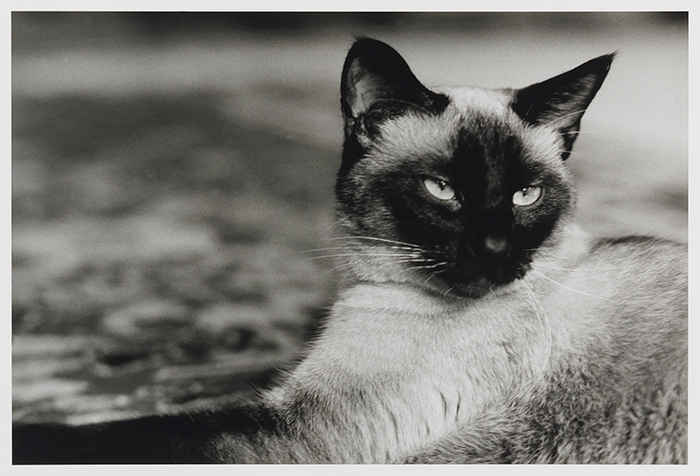 On the topic of ethics, I shall clarify the Freudian basics of the concept of jouissance in Lacan.

It is a mistake, to stress Lacan’s originality over his fidelity to Freud, and I think that if at times his reasoning or his concepts, seem so novel, it's due to people having a poor reading of Freud, and thus his ethics.

Occasionally people imagine that it's Lacan with his supposed intellectualism who introduced ethics to psychoanalysis, perhaps because as a young man he read Spinoza passionately. But actually that's not the case. Just refer to Civilization and its Discontents,1 where Freud explicitly alludes to ethics in relation to therapeutics.

At first glance it seems to exceed his concern , although nowadays ethics gets entwined with science, for example there are collective fears stemming from recent biochemical research, related to human reproduction. Namely, research related to the reproduction of human life.

These fears of scientifique progress brought about governmental desire to check sci­entific research. In France the “Comité Etatique de l’Ethique”tries to subject the development of science to a supposed ethics: to leave human reproduc­tion untouched. Therefore a good exists, one considered more valuable than investigation or pursuit of scientific truth. We are at the close of this century, in quite different circumstances than those of the previous, when there was a common belief that, miraculously, the progress of science would coincide with humanity’s well-being. Now is the time of civilization and its discon­tents, and even a little beyond: the time of civilization and its horror.

Since scientific development chal­lenges humanity’s very survival, as opposed to in Freud’s time, when we discuss ethics in psychoanalysis today, the problem differs. The progress of psychoanalysis may threaten one or another individual because of a therapeutic error, yet for the time being no one believes the human race is threatened by psychoanalytic development.

An analysis isn’t an intellectual journey — its praxis is a certain suffering, a kind of complaint: the statement of a being wanting to change— and when these elements are absent, analysis be­comes a hard task. Someone who feels fine, at the peak of his possibilities, desiring an analysis in order to become an analyst, for example, would not foster a praxis of the experience. When someone says “everything is great for me,” always wait until the sec­ond, or third meeting. For, basically the praxis of analysis is a suffering, not an intellectual journey. Certainly, nothing could empower the analyst to take on the complaint unless he presumes to have the means to relieve its suffering. This puts the analyst in the posi­tion of the therapist, the person who thinks he might cure. Thus for Lacan’s disciples as for Lacan himself, even surely for Freud, psychoanalysis cures; psychoanalysis is a therapy. But, not for that reason, may we deny, exclude ethics and the very notion of cure — in the sense of what results — not in the sense of the process but in the senseof of the outcome, it being the cure itself. If psychoanalysis is a cure, we have a problem with the notion of cure, which in psychoanalysis is problematic, and this is easy to under­stand: it’s that the notion of cure is bound to the notion of symptom.

The analytic symptom, unlike the psychiatric symptom, lacks objectivity. It’s founded on the subject’s self-eval­uation, so that sometimes, usually, it is imperceptible to others. Sometimes the obsessive symptom translates from behavior, but it may remain reserved to the subjectct’s intimacy, unlike patients forwarded to psy­chi­atric treatment. Sometimes people are brought to analysis by parents, or friends. This circumstance bears on a spe­cific issue of analysis: when a subject comes to analysis prompted by an external mandate, this mandate’s subjectivation is esential. Freud states the difficulty of such a cure,2 and perhaps the failure of these analyses lies in the modality of entering treatment under an external mandate

Just as the analytic symptom rests upon the subject’s self-evaluation, so to its cure. Although the analyst may as­sume the patient to be cured, the patient may not believe it. This is what Freud called the “negative therapeutic reaction,” which in a way describes how Freud thought the patient was cured, and how the pa­tient didn’t believehe was cured, didn’t want to be cured.

This elementary consideration may ex­plain the deadlocks of statistics. Every time I go to the United States, I get questioned about figures concerning the cure. Americans have conducted expensive studies to evaluate the results of the psychoanalytic cure, to no avail, for the criteria in the analytical cure are subjective, dependent on the subject’s word. Transference hinders the said evaluation, to the point that one wonders: of what can psychoanalysis cure you? what sort of cure can analysis really verify? Analytic transference itself could be the cure, and often, no longer going to the analyst is indeed getting cured of the analyst as disease.

This could lead us to ponder whether there is no other purpose in analysis, nor other reason in the analytic cure, but a satisfaction; analysis ends when it has produced in the subject a satisfaction, he is satisfied by what took place. A satisfaction that clearly depends on the confession, on the subject’s compliance. It is hard to think a well-being, a happiness which wouldn’t include the body of the subject himself. Hardly can we think another saying: “you are happy”, when the subject states the contrary; there, it is hard to think an objectivity of happiness. Thus, this already could make of the ethics of psychoanalysis an hedonism, what could be translated — and has been translated — as a psychoanalytic amoralism. Indeed, at the emergence of psychoanalysis, this seemed to be a constituent part of psy­choanalysis.

Now, to give some strength, some formalization, we could say that perhaps psychoanalysis sole design is the design of the pleasure principle, that pleasure principle which, from the beginning, runs through Freud’s entire work — The Interpretation of Dreams, chapter VIII — and which is also present in Civilization and its Discontents as a necessary and constant reference. It is precisely in Civilization and its Discontents where he speaks about the inevitable presence in the human being of pleasure and pain — dis­pleasure — sensations, and about the fact that it is the plea­sure principle which commands the suppression or the avoidance of that sensation of displeasure. According to Freud, the pleasure principle is what in the human being demands that pain be avoided, and constantly, from the in­ception of his work, this is for Freud the ruling principle of tyché, of what for him tyché is. Therefore, in Freud we could say that pleasure and pain are innate; yet good and evil are not. Pleasure and pain belong to what is essential in human being. That is, Freud makes of Lustprinzip a law, a law to which no phenomenon escapes. Let’s try an analogy from the field of ethics: in the same way as Kant makes of the categorical imperative a fact of reason, the Lustprinzip could appear in Freud as a fact of the unconscious. Freud, and also Nietzsche, give us a genealogy of the moral con­sciousness. Michel Foucault himself could be in the same line as far as he also considers the universal form of the moral law, although his is related to an historical moment and is not an innate datum of being. As for Kant, Freudism appear as more related to ancient morality than to Kant himself.

In Antiquity, “for everybody” was nonsensical, it was not constituted. First, because there were the masters and the slaves and, as it is known, this morality was a morality only for the masters, addressed to the masters, not to the slaves. An universal morality erases this distinction. Furthermore, we can’t find in ancient morality that the subject universal­izes the rules of his deeds.

From Kant, the subject universalizes the rules of his deeds, he thinks in the place of everybody, with reference to everybody, eventually he feels responsible for mankind. As modern science constitutes this “for everybody”, the subject who thinks in the place of everybody becomes im­perative. The all-mighty modern science, which affords mankind the damned faculty of complete destruction — a little ozone hole which nobody could see — compels us to think at the level of wholeness. It compels us to take steps to wrap up the assumed ozone hole. I say assumed because it has never been found, but already Lacan’s signifier A makes us believe that the hole does exist.

In Antiquity, for instance, war was much more per­sonalized. You could look into the eyes of your enemy. This is evoked in The Illiad, when one knew the name of the enemy, sometimes also the family. This is something that we live with. This is irrelevant with distance, with the notorious “red button”, that could be pushed once and de­stroy everything without knowing anything.

Also Antiquity’s morality is a morality of particu­larity, that could be presented, as Foucault does, as the dif­ferent Schools of Antiquity. These are diverse styles in moderation or rigor in life. Yet diverse versions, we could say, of the pleasure principle, for they don’t deal with thinking behavior in relation to the whole, to mankind, but to the well-being of the individual.

We could say that in ancient morality, ethics comes together with dietetics, as a life diet. For example, to eat moderately constitutes an ethical principle, a mark of re­spect to the pleasure principle. It also means an ethics of measure, a sense of discrimination between objects, a little of this but not too much. This moderate context produces an ethical atmosphere quite different from the unrestricted Kantian morality.

Kantian morality is limitless. It says, by means of simplification, “you should act in such a way that it could be valuable for everybody. And if you should sacrifice all your interests, your well-being and so forth: Forward!” That is, Kantian morality is a morality of sacrificing the pleasure principle.

Ancient morality, on the contrary, implies a variety of accounts regarding the pleasure principle and Foucault, for example, points out that in Antiquity the dimension of morality was not constituted as such. In matters of sexual­ity, the pleasure principle was not the ruling principle. Thus, in Ancient morality we deal with pleasure, but with a well understood pleasure, calculated, thoughtful, moder­ated, refined and polished, different from Bentham’s pre­meditated pleasure where he ponders about pleasure and well-being, but at the level of the greatest number, of ma­jorities, already related to the Kantian universal, in despite of being purely empiric. It is an empiric version of the uni­versal.

Therefore, in Bentham as in Ancient morality, we have a pleasure associated with the logos, with reason. Freud’s pleasure principle differs from the one of Antiq­uity, precisely in that Freud’s pleasure elopes moderation and calculation, and doesn’t make alliance with reason. In Civilization and its Discontents, Freud asserts that there is noth­ing which allows the program of the pleasure principle of the human being to be achieved in this world. This, how­ever, was the project of Ancient morality.