What Remains
(Fragments of a Correspondence) 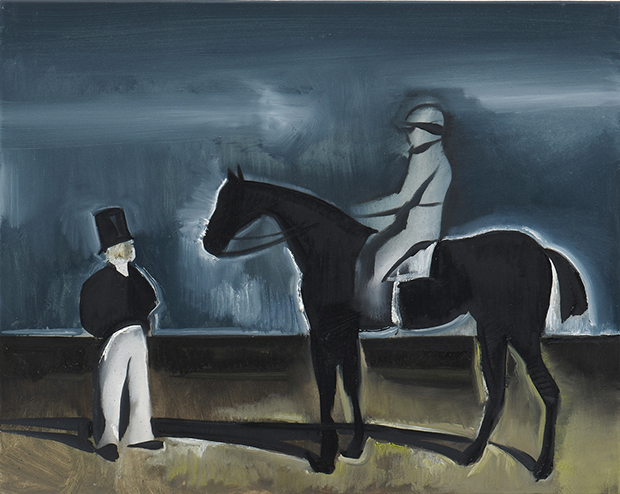 “Dora’s life was guided by a magnetic sensibility, telluric forces and uterine hunches. A visceral combination of grief, lust and innocence, she moved through the space/time continuum with a trail guide’s grace. For the most part, her natural and unnatural gifts protected Dora on the long trek through her personal Patagonia, but as these fragments will show, even the most gifted girls can sometimes lose it.”
—Eddie Concertina

I. (written in lead pencil on the backs of wine labels)

Just woke from a dream of iron and stone and Cornish tin mines (is your sister still down in Devon?) and the name Boadicea was on my lips. I felt the dampness of the winter moors in my English bones. Then I looked around and found myself still here, wishing for amber liquid and the Big Return, jesus I need out of these Hispanic latitudes, alien vistas, nothing but tundra to the far horizon, brutal native faces, “No comprende,” “Mañana,” “No entiende,” no these sunzabeechies no entiende nada! I got that first class vertigo, “don’t know vair to go,” can’t turn back and I can’t get ahead, my tattered maps say “North,” but I am jammed, Eddie, under these sub-tropical skies, even in the company of one or more coppers kinned native boy, I’m restless, nervous as a cat in a roomful of rocking chairs as your tired old mother was so fond of saying. I need to be gone, move on, I am frying the brainpan on aguardiente and coca leaf (only three bales left). This was not in the plan Eduardo, because I still want to be somebody’s best bet, and yet, and yet every night I find myself hooking up with another gross tropical type. Invariably a disaster in the boudoir—recall those Arabian lunatics on our North African tour, how they would yank us into some stinking backroom in the medina, hike up the djellaba and just climb aboard, two minutes at most? Well these characters are not dissimilar. Not only that but they steal anything that’s not nailed down and Lord to awake to their nightmare faces in the glare of morning... Under the fierce raw skies of this South my white arms signal “Need” like need a physician, need to get straight, cut off these mantrap rhythms, but whenever I do get a little bit level it’s only a brief panic of laughter battling the lizards of despair and the lizards will always take over eventually…(remainder of letter illegible)

(illegible) need more than somewhat a change of costume—my botanist cover long since blown, and there are too many inquisitive Europeans around for me to pull off the absent-minded geologist. I’ve lost it, really lost it, that total blamblam that could punch my ticket into the right space. Jaw wired shut. I don’t want to fall victim to this creeping agoraphobia, puts me in mind of the Cherman army advancing on Leningrad in ’42. They kept on going forward and never arriving anyplace, that huge army swallowed up in the vastness of the Steppes and all that space, endless horizons, all those great butch Nazis weeping for Mutti in the snow. There are no rockets with “god” stamped on them heading my way, no burger king for this poor white trash, the descent is on. I can’t pull the plug on this downward spiral, the flashing sign says “Tilt” every time, “Tilt” reeling down the years and because I was a good buddhist and erased personal history, now I can’t remember a goddamn thing! No hinge to swing on, the doors of the future locked against me, jaw wired shut, staring at this discolored Dior label in my last tropical outfit. That will be my epitaph; “She died in a Dior.” I hear that gone dead train, I lost velocity, ran out of time, while citizens in the distance scratch circles in the dust. They know the jig is up, they see my shaved head, bloody knuckles from the last kamikaze pickpocket attack. They are leaning on me Eddie, leaning a little more each day, a little lonelier each day, and the fear part oozing in, murder lurks in the foliage of this hotel like some cheap mystery novel come to life. My nerves are in shreds and the farmacia won’t give me anything stronger than aspirin, and even that is probably cut. I need something, anything to jack me up, get me over these rancid fantasies of being stuck forever in this nameless jungle town where subnormal cops cruise the streets looking for something to shoot and the riverboat never comes and if by some miracle it does arrive the monsoon arrives with it and my priceless Chanel shipment is totally ruined while the Indian porters sit around drinking wood alcohol out of oilcans. Yes, if it wasn’t so tragic, it would be funny. Jaw wired shut. Nothing but nothing straightens the raw edge of this jungle movie into which I am hopelessly locked and I don’t feel like Jane and it’s too late to stop now, the brakes have failed on an impossible gradient. And does love really come in Small, Medium and Large?

Do they really exist, these mammals made of flesh and bone, exquisite creatures who’ll take you home? What home, and where, when everything is such a grotesque mixture of fever and nightmare, even as I write the stench of dead animals decomposing beneath my window is overpowering. My luxe touch is fading fast, I who was once so precious, amazing in my elegance, heads of state swooning at my perfumed feet (that perfume was vetivert, Eddie) now the smooth skin, immaculate breasts that stood up even when I was lying down, gravity failing me now, no longer a byword for Total Pleasure. I’m just gasping for breath give me some air, down here surrounded by nothing but space and loneliness, loneliness and quiet terror. (page torn off here)

…even though these old polaroids still retain a certain magic effect, nothing lasts. You try to fly with the right guy and the plane is shot down with all hands. How little everything matters. No more horseplay, not even spastic but real the way the Spaniard rubbed my butt down, white on white, red head white skin black curls, vaseline, chrome, stainless steel I grip the rails and arch my back into a perfect chinee curve he swerves he unbuttons fast for that simplex conjunction of naked ass and fallen pants that’s how we danced and I felt that bright manimal rush like blood jumping in the spike but oh it’s all so long ago, another country and the wench half dead in the face of these extreme conditions... dogs ablaze in the streets, geeks amok with machetes, ergot in the maiz crop failure of the sunset who wouldn’t feel distraught? Time to refuel on firewater, put the hammer through the wall and come out swinging!

You ask what do I miss down here? I miss the beauty of the day as it moves across the length of the garden, length of the world, that was a geometry I could comprehend, the gyroscopic motion of a hawk over the winter corn, the shadow of the great maple recording its own presence, not nearly so conscious of each day irretrievably lost, tenuous as smoke. Down here I spend my free time praying. For passion, for the beast to get back on board, for rain, and when the rain does fall the boards shrink and I can see a little more sky. So rarely invaded by that old flux choochoo swirling up my lower limbs and into the entrails, like when I was a child, when my tongue was still a clean pink instrument. I was interested in what women had in their insides, the sweet odor on my fingers of juices that had completed their long journey to the nether lips. In this version of childhood I grew up in the roseate splendour of some Uffizi palace, stink of the canals smothered by rooms awash with flowers, massive bouquets in every corner (and mummy and daddy seen in flagrante through the trellis of the rose garden). I longed for storms, lightning, floods that would rush along those drafty corridors and sweep the servants out to sea, swallow everything, the uncomfortable chairs, gilded beds, fantastically ornate dresser where my mother kept her peignoirs—slight recollection of daddy inhabiting the garment when I first slipped it on mistaken by adolescent nostrils for the burgeoning perfume leaking freely from my own skin as I sat on his lap learning bird calls and other linguistic tricks. But daddy never laid a hand on me. It was the master of the hunt who lifted the veil, in, where else, the stables, with their nutty smell of horses, braided leather, dung and hay, the great malodorous vats of meat for the hounds, an entire wall hung with riding crops and buggy whips my head spins still when the recollection of such crucial stimuli all gathered in one throbbing point of time returns as sharply limned as your face in this photograph on the desk in front of me. Sunlight dappling my legs, jodphurs round my ankles, the texture of the straw on my bare ass and his two favorite dogs licking my boots the while, this was the youth and early summer of a lipsmacking life.

Some other time I’ll re-invent my teens, a succession of pirate I mean private clinics, bartering my fragile parts for fresh supplies from the night nurse, silent eunuch guards padding down the corridors in their rubber booties. The gossip rags had a time with me. Speculation ranged from the obvious, “dazed by her chemicals,” as indeed I was to the downright lewd, suggestions of an accident with a bull, talk of photographs changing hands for incredible sums. All lies Eddie, as you well know. And all's well that ends as the man said, don't ask what man, or where. The day fades as all days do, even in the jungle. I leave you with a familiar scene: the whip descends again and my mind shifts, jumps from my head, desperate as a man in a boat waving down an oil tanker, ready to go up in flames or down on dynamite, throbbing all the way to the bank. “Surely nothing is unnatural that is physically possible?” Sheridan said that. Write soon.