A Sophism of Courtly Love* 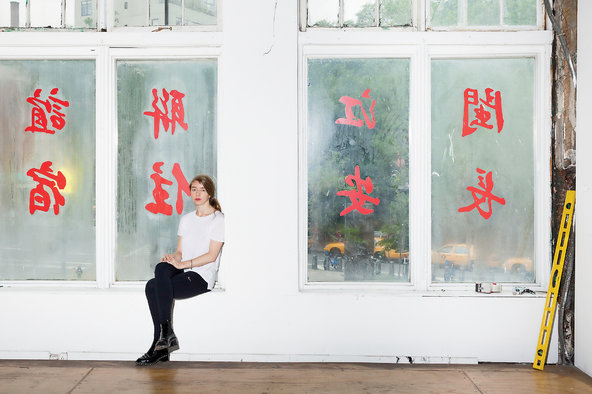 The “Homage to Marguerite Duras, on Le ravissement de Lol V. Stein,” is a Lacanian text from 1965, first published in the Cahiers Renault-Barrault, a theatre publication of august memory in the December edition of that year. Difficult to find in that edition, it was republished in Ornicar? in 1985.1 I reread this text, inspired by Jacques-Alain Miller’s commentary on “Le Temps logique et l’assertion de certitude anticipée”, and the structure of sophism linking the apologue of the three prisoners. In Marguerite Duras’s novel,2 there is also a question of prisoners, but prisoners of a particular form of love that Lacan inscribes in a series of texts on courtly love. The novel describes the stages of seclusion, then the given outcome of the confinement. I wanted to follow the stages of the seclusion, structured by Lacan, in relationship to the sophism of the three prisoners.

Lacan’s commentary on the Marguerite Duras text was inspired by Michèle Montrelay, which he mentions in the text. But Lacan had known Duras and her circle for a long time.3 They hadn’t seen each other for awhile, and this was an occasion for a reunion in a period when Lacan was having a dialog with French feminist movements.

The term “ravishing” seemed paradoxical, antithetical, as terms coming from mysticism often are. Lacan paused immediately to underline this characteristic. If we turn to the recent and remarkable Dictionnaire historique de la langue française, we read that ravissement, introduced at the end of the 13th century, expressed, up until the classical epoch, the idea of taking by force, which is today expressed with the etymologically related word rapt (abduction) and, more commonly, by enlèvement (kidnapping). In the vocabulary of mysticism, the word designates a form of ecstasy in which the soul feels itself seized by God as a force superior to anything it could resist. It is expanded in common usage with the weakened sense of “state of a person transported by admiration, by joy,” (1553). The evolution itself of the sense preserves the path Lacan described: “We think of the soul, and of the effect wrought by beauty.”4

The critique of the soul, presented at the beginning of the text, will be found again at the end. Lacan is going to confront the operation of beauty throughout the text, in different ways. It functions as the inverse of the gaze. It will make of the ravishing of the soul, of the psyche, not a symbol but a logical operation, subjective and temporal, which allows for situating the relationships of subject and body. Does the subject with its image count as two? Contrary to the situation in the “mirror stage,” Lacan constructs a veritable logical knot in The Ravishing… in which, in a double movement, the ravishing is an expulsion of the subject from the body, while at the same time, the one who attends this expulsion is contaminated by it.

The operation of beauty is one way to show the operation of form, of the image. It establishes a barrier, a limit, an identification. But it crosses over this barrier. Before Lol, Lacan presented other moments, other figures of crossing over in his teaching. The barrier of beauty had already been crossed over by Antigone. It was a matter of the rupture of the subject with its living image, of a relinquishing of the image. The subject breaks with the body. In heroic terms, Antigone breaks the boundary of the beauty and harmony of the image in order to move toward a body promised to death, fragmented by the horror that is going to assail it. She strips herself of her body, it is her suicidal movement. In The Ravishing…, this moment of the subject is also the moment of love in which Lacan makes a standard rule of amorous depersonalization. He retrieves the Freudian truth according to which love is a form of suicide: “In the two opposed situations of being most intensely in love and of suicide the ego is overwhelmed by the object, though in totally different ways.”5 For Lacan, the substitution ego-object in the amorous state does not concern the ego, but rather the body as such.

How then can we join the soul and the body? How does the subject of the unconscious resolve this aporia better than the personal soul, this central myth that, in Platonic or Aristotelian versions, has pegged the subject to the body? Lacan’s first response is that it is not possible to limit them to two. With two, the subject doubles and does not know where it is. It is vulnerable to all the effects of distraction. Given the structure of The Ravishing…, this is especially the case when the reader identifies with the heroine of the novel: “if, to quicken our steps behind Lol’s steps, which resonate through the novel, we were to hear them behind us without having run into anyone, is it then that her creature moves within a space which is doubled; or is it rather that one of us has passed through the other…?”6 If one identifies with the character, if one follows her, if one wants to understand her, one loses oneself in a space with no exit. The body is no longer, and yet the image doubles.

In order to approach the phenomenon by other routes in Lacan’s teaching, let’s call on Antigone. For her, it is death, not love which looms as the irreducible choice and provokes her loss. In other devices of writing—such as those which Gide is fond of—the doubles multiply and mislead the reader, even in biography, that palace of narcissistic ice. In order to find our way, we must continue to count with Lacan, up to three, and to locate jouissance. At first it takes the form of the anguish of death. This is what Lacan evokes in his “Jeunesse de Gide” when, in the world of Gidean doublings, he does not lose Ariadne’s thread: “He knows what steps to follow, and what shadow, glimpsed only in a window frame, compels the purposeful stroller to never lose track of deserted this clue of what she keeps with her in the tower of the apartment.”7 If the reader is taken up in the fantasmes of multiplication of doubling—instead of seizing the flaw introduced in the subject by the anguish of death, preventing belief in its unity—the reader will be lost. One must thus count structurally to three.

This structure of three, to which we should add all the doublings of the subject and the place of jouissance or of death, (an index of calculation, is indicated in “Le Temps logique…” Many things bring into focus the structure of “Le Temps logique…” in The Ravishing… It is a matter of a story of three. In the sophism there are three characters, but only one logical subject, just as Jacques-Alain Miller has shown. In “Homage…” the same subject who cannot be counted as two is “counted as three.” Lacan goes so far as to say that it is a “threefold being” (être à trois). This way of counting three pervades this text, beginning with a series of ternaries.