Surplus-Jouissance Between the Sublime and the Trash 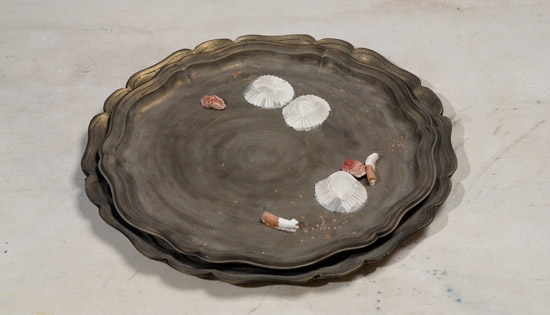 It is no surprise that Coke was first introduced as a medicine—its strange taste does not seem to provide any particular satisfaction, it is not directly pleasing and endearing; however, it is precisely as such, as transcending any immediate use-value (like water, beer or wine, which definitely do quench our thirst or produce the desired effect of satisfied calm), that Coke functions as the direct embodiment of “IT,” of the pure surplus of enjoyment over standard satisfactions, of the mysterious and elusive X we are all after in our compulsive consumption of merchandise. The unexpected result of this feature is not that, since Coke does not satisfy any concrete need, we drink it only as a supplement, after some other drink has satisfied our substantial need—it is rather this very superfluous character that makes our thirst for Coke all the more insatiable: as Jacques-Alain Miller put it succinctly, Coke has the paradoxical property that, the more you drink it, the more you get thirsty, the greater the need to drink more of it—with its strange bittersweet taste, our thirst is never effectively quenched. So, when, some years ago, the publicity motto for Coke was “Coke, that’s IT!” we should discern in it the entire ambiguity: “that’s it” precisely insofar as that’s NEVER effectively IT, precisely insofar as every satisfaction opens up a gap of “I want MORE!”

The paradox is thus that Coke is not an ordinary commodity where its use-value is transubstantiated into an expression of (or supplemented with) the auratic dimension of pure (exchange) Value, but a commodity whose very peculiar use-value itself is already a direct embodiment of the supersensitive aura of the ineffable spiritual surplus, a commodity whose very material properties are already that of a commodity. This process is brought to its conclusion in the case of the caffeine-free diet Coke—why? We drink Coke or a drink for two reasons: for its nutritional value and for its taste. In the case of the caffeine-free diet Coke, its nutritional value is suspended and the caffeine as the key ingredient of its taste is also taken away—all that remains is a pure semblance, an artificial promise of a substance which never materialized. Is it not that, in this sense, in the case of caffeine-free diet Coke, we almost literally “drink nothing in the guise of something”? What we are implicitly referring to here is, of course, Nietzsche’s classic opposition between “wanting nothing” (in the sense of “I do not want anything”) and the nihilistic stance of actively wanting the Nothingness itself; following Nietzsche’s path, Lacan emphasized how, in anorexia, the subject does not simply “eat nothing”—he rather actively wants to eat the Nothingness (the void) itself that is the ultimate object-cause of desire. (And the same goes for the famous Ernst Kris’s patient who felt guilty of stealing, although he effectively did not steal anything: what he did steal was, again, the Nothingness itself).

So, along the same lines, in the case of the caffeine-free diet Coke, we drink the Nothingness itself, the pure semblance of a property that is effectively merely an envelope of a void? This example makes palpable the inherent link between three notions: that of the Marxist surplus-value, that of the Lacanian objet petit a as surplus-enjoyment (the concept that Lacan elaborated with direct reference to the Marxian surplus-value), and the paradox of the superego, perceived long ago by Freud: the more you drink Coke, the more you are thirsty; the more profit you have, the more you want; the more you obey the superego command, the more you are guilty—in all three cases, the logic of balanced exchange is perturbed in favor of an excessive logic of “the more you give (the more you repay your debts), the more you owe” (or “the more you possess of what you long for, the more you are missing, the greater your craving”; or, the consumerist version, “the more you buy, the more you have to spend”), i.e. of the paradox which is the very opposite of the paradox of love where, as Juliet put it in her immortal words to Romeo, “the more I give, the more I have.”
The key to this perturbation, of course, is the surplus-enjoyment, the objet petit a, which exists (or, rather, insists) in a kind of curved space in which, the more you approach it, the more it eludes your grasp (or, the more you possess it, the greater the lack). 1 Perhaps, sexual difference enters here in an unexpected way: the reason why superego is stronger in men is that it is men, not women, who are intensely related to this excess of the surplus-enjoyment over the pacifying functioning of the symbolic Law. In terms of the paternal function, the opposition between the pacifying symbolic Law and the excessive superego injunction is, of course, the one between the Name-of-the-Father (the paternal symbolic authority) and the “primordial father” allowed to enjoy all women, and it is crucial to recall here that this rapist “primordial father” is a male (obsessional), not feminine (hysterical) fantasy: it is men who are able to endure their integration into the symbolic order only when this integration is sustained by some hidden reference to the fantasy of the unbridled excessive enjoyment embodied in the unconditional superego injunction to enjoy, to go to the extreme, to transgress and force constantly the limit. In short, it is men in whom the integration into the symbolic order is sustained by the superego exception.

1 The notorious Iraqi “weapons of mass destruction” offer another example of the objet petit a: they are an elusive entity, never empirically specified, a kind of Hitchcockian MacGuffin, expected to be hidden in the most disparate and improbable places, from the (rather logical place of) desert to the (slightly irrational) cellars of the presidential palaces (so that, when the palace is bombed, they may poison Saddam and his entire entourage), allegedly present in large quantities, yet magically moved around all the time by the hands of workers, and the more all-present and all-powerful in their threat, the more they are destroyed, as if the distraction of the greater part of them magically heightens the destructive power of the remainder—as such, they by definition cannot ever be found, and are therefore all the more dangerous...