When the image makes itself destiny
Marie-Helene Brousse 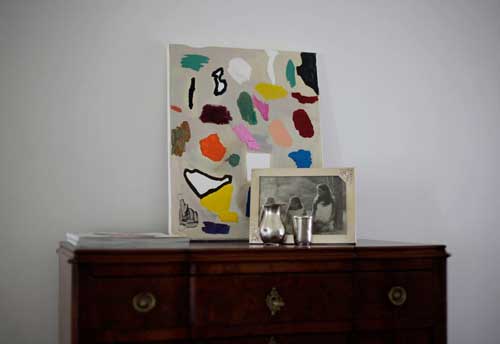 The image is that of a dead pigeon at the bottom of a garbage-can. How has this image made a destiny for a subject? More generally, from where does an image take its structuring power? It’s a question that nevertheless presents itself as a paradox because, despite some of the earliest of Lacan’s texts on the imaginary, which put the image-form in the place of structuring power, the imaginary axis was quickly defined, under the control of the symbolic, as the power of suggestion, illusion, or veiling, and the image by its function as misrecognition. “The structure is not the form,” writes Lacan in the text “Note on the report of Daniel Lagache” (p. 649): the structure is the signifying articulation as such.

Yet this image punctuated the analysis of this subject and operated as a key for deciphering her destiny. “In kindergarten, in the playground, she opens a trash can to spit chewing gum and her eyes meet a dead pigeon.” This is the image that, while detached, is inserted into a little story. That morning her father had accompanied her to school; on the way both had stopped at the bakery, and then the father had so unexpectedly bought her her favorite candy, chewing gum. Upon reaching the school, in the courtyard, she came up against the school prohibition, raised by her classmates, no doubt jealous. No chewing gum at school, and going to spit, thus lifting the lid at the bottom of the bin, she had this encounter on the order of a trauma.

The oedipal frame of the image appears clear: hand in hand with Dad, he gives her the coveted oral object: 1st stage. At school, at the same time as the rivalry with her fellows (semblables), the prohibition arises that deprives the object of oedipal satisfaction: 2nd stage of the Law. She has to spit out her chewing gum: 3rd stage, of loss. Then arises the meeting, spitting the chewing gum and the vision of a dead pigeon in the open trashcan: 4th stage of the emergence of the traumatic picture. If stages 1, 2, and 3 correspond to the stages of Oedipus and thereby define the coordinates of the desiring position for this woman, one can see the construction of a fantasy. These images are therefore erasable in the symbolic. The fourth stage performs a collage  that, by its incongruity, which is to say its nonsensical aspect, points to the emergence of the real. One only applies the qualifier “indelible” to what is traumatic.

Indeed, our hypothesis is that an image is indelible if it precisely houses this mark of the real, the emergence of the drive in a framework operated by the symbolic. 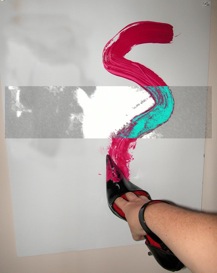 First of all, the framework of the story allows us to locate the moment of an onset of a double phobia that marked the patient’s childhood and adolescence, a phobia already overcome before entering analysis. Its earliest form, following the construction mentioned, was a phobia of cemeteries that had forced the child to make many detours in her neighborhood. This phobia of cemeteries unfolded around the signifier “dust”: the smell of dust more accurately. A little later, articulated at catechism, arising in conjunction with the first, the phobia of Christ on the cross. Anxiety is thus associated with disgust. In counterpoint, the child developed a fascination with virgins. These phobias yielded spontaneously once she tied together an amorous relationship with one who would become the father of her children and was the cause of her entry into analysis; in fact, as she waited only a few weeks for her second child, at a moment when her intractable desire for a child appeared to her the pivot of her existence, her companion ended his life. It is in these dramatic circumstances and carrying a question to which she had the answer that she began her analysis. She came to ask me if she should keep the child. But you’ll understand from the key given by the chewing gum anecdote that she would in no way admit to being deprived the satisfaction of keeping it. The time had not come to slip, to quote Hamlet’s formula, between her and her desire. The husband-Christ, as she later discovered, was dead, and she would not separate from the object. To work on this image at the oedipal level, I engaged a text of Lacan’s, in “Note on the report of Daniel Lagache.” He writes: “It is because it obviates this moment of lack that an image comes to the position of bearing the full brunt of desire: projection, function of the imaginary.” Then he adds: “Contrary to this, an index is instated at the heart of being to designate the hole in it: introjection, a relation to the symbolic” (p. 655). Supporting desire, the loss of the incestuous object, which is articulated at this time as an oral theory of generation, fixated the subject on motherhood. But at the same time it installed the index that is the dead pigeon, the signifier that refers to the hole, the thing that is both closest to the subject and that which escapes her most. Later on in this same text Lacan evokes the mechanism of phobia.

One doesn’t, however, easily get rid of a real so insistent. The analytical work led her from the guilt caused by the suicide of her companion to the enigma, through a vain appeal to the Other of the symbolic, for him to definitely and completely edge what, on the occasion, emerged from the initial hole. But in this appeal to the symbolic, which, although absolutely necessary, all the same proved vain, there unexpectedly reappeared a jouissance she had herself ignored. Thus, a few years after setting up the funeral and the burial in the most faithful representation of the deceased she could come up with, in the dignity of a work of mourning, happily remarried and provided with an additional child, she was caught unawares by the surprise. Returning from a session, she discovered herself seated at the cemetery gates where her first companion had been buried—the daily shortcut to run her errands—and recognized herself in the very old women who, in this beautiful province, spend their days watching over the graves. Harnessing the power of the symbolic that had neither allowed her to do away with the dead pigeon nor have a decent burial. As in the Holbein, “The Ambassadors,” it continued to stain, and thus guide, the whole of her life. The analysis, having made this return, appeared to her again as “a phallic symbol, anamorphic ghost” which, as Lacan says in Seminar XI (p. 83), reflects our own nothingness by rendering it visible. The deceased took the place of the subject and correspondingly annihilated that which was immobilized in the position of guardian of the tomb.

Seminar XI makes it possible to deal with the indelible image, this time from the relation to the object, and to question the relationship between this type of image and the drive. Speaking of the core on which the subject tightens her story in free association (p. 66), he refers to it as something traumatic, which caused a schism in the subject, consequently defined as the real taken from an accidental meeting. By its repetition, this accident reveals its meaning and leads to the drive. But the real glimpsed in the encounter is inopportune and this splitting of the subject is both traumatic, that is to say, charged with artificiality and contingency, and complicit, that is to say, in the service of the Name the Father. It is here not so much a dialectic of truth and appearance, but the manifestation of a cut. She saw, when spitting, a dead pigeon: strange contingency; while on the horizon, the stopping point of our experience, which is castration anxiety. But in so doing she was seen by a gaze that she saw not: if the pigeon is comparable to the eye and, as the head of death, makes a stain and there represents the annihilation by castration—it is also the look by which something of the sexual relation is reached in a way that is desexualised: the object as absence, before sexualization of lack. It embodies that which—the favorite treat related to a separation that is self-mutilation—is beyond the phallic function. Indelibility is caused by the fading of the subject of which the actual image is a trace.

The analysis allows for operating on the image a separation between
[it]—and objet a, reviving the splitting of the subject, thus on the one hand there’s the projection outside of the cemetery, pronounced henceforth like it’s no longer about the child and the definitive loss of the companion—and on the other hand, objet a is made to emerge as an object of the drive; the gaze appears in the indelible image as a mark of the real, the gaze of the dead pigeon that she doesn’t see seeing her immobilizes a real in the fixity of the thing.

Her existence was previously deployed between two points. On the one hand, she was still attached to the oral object lost to the demand of the oedipal Other. This was demonstrated in this fierce desire for a child with whom she had long defined her being. However, not without symptoms. She had for a long time been seized by a maddening anguish when her children escaped her gaze, reversing the position she occupies in the image and, similarly, remained marked by an avoidance of the gaze that organized her relation to the other, so that the gaze made her a strange thing to herself. An image is indelible for having made visible the splitting of the subject effected by a real not completely phallic.

What would have happened had she carried out the analysis to its conclusion, which was not the case for this analysand? Always indelible, but the fascination and horror at least cease to be a solution to the lack-of-being. Once separated from the drive, the attachment to the demand of the Other it conveyed may disappear. The drive can then be defined as the rapport between lack-of-being of the subject and the real lack in the Other. For the analysand that involves, in addition to the fall of the omnipotence of the maternal position, the discovery of what is not saturable either by the child or death: the lack of signifier in the real. The character of indelibility is the mark of A, heterogeneous to the order of the demand of the Other. At the end of an analysis, this element A ceases to be of the order of a trauma, the real, to access the modality of the impossible. The indelibility of the traumatic image, marking the jouissance of a subject, becomes for him the mark of the impossible.