It Doesn't Have to Be a Jew 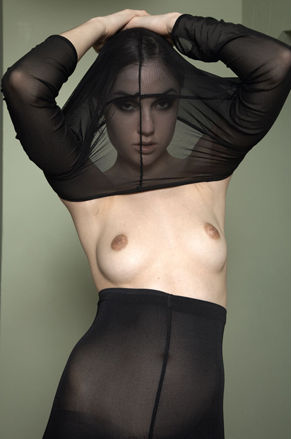 As to further dive into Martin Heidegger’s particular ways towards the Third Reich, I want to supply you with Der Spiegel Interview from 1966 which had been forbidden for publishing before Heidegger’s death in May 1976. It was published in September 1976.

You judge. You judge your parents, the neighbor, a friend… not that you want to do it, this is the kind of thought that imposes itself. Indeed, judging Heidegger is like judging a parent. You love them, so you won’t be too hard on them… yet, you do not want to be just “like” them. Heidegger you want to read. Now, you understand your potential as against anti-Semitism has another chance, because your involvement is not as dramatic as his… At this point, you became fully aware anti-semitism is like a germ. Chances are some Jews are anti-semitic. Worse than that, they don’t even know it. The problem is in the choice of words, again in the way you get them to work together. You want to know… So you divide the Other… yourself.

Some years ago I interviewed Slavoj Zizek,

SZ: It doesn't have to be a Jew. It can be somebody who is constructed according to the same logic that is at work in anti-Semitism. It is very interesting to see how, even when the enemy is not the Jew, it is still constructed in the same way, as some kind of foreigner.

JA: In this society, the enemy doesn't really have a face. Crime is nowadays quite anonymous: someone goes with a gun to McDonald's and kills seventeen people. Who was the enemy? In earlier times, one would see the face of the enemy.

JA: So the Russians want a figure of the enemy, and they may not find the actual one clear enough?

SZ: Yes, this is what I'm afraid of. But it does not matter if you find it or not, you construct it, you invent it. They are already doing it.

JA: Who is the enemy then ?

SZ: Usually it is the national enemy, it is another nation.

JA: Any other nation ?

SZ: Any other, but usually connected to Jews. In Yugoslavia it's usually a combination of enemies. The standard idea is that when two big nations confront each other-this is the typical formula of Eastern European conflict-you simply do not put the blame directly on the other nation. You say instead that the other nation is so bad and attacking us because behind it there is the Jew pulling the strings. You always split the enemy. For example in Yugoslavia it works with Serbians, with Croations, etc. You say they" were corrupted, spoiled by the Jews, who really pulled the strings from behind. This is a nice paradox. Even in the Soviet Union now, the hard-level Russian-nationalist anticommunists try to explain communism itself in terms of anti-Semitism, communism as a Jewish invention. For example, the modern Russian anti-Semites will quickly tell you how almost all members of Lenin's Politburo were Jews. In other words, there is a stage of spontaneous ideology in the East: putting the blame for everything on communism is no longer the national sport. Now it is to put the blame on the Jew, or on another nation behind communism itself. I don't like this revival of small ethnic nations in Eastern Europe. I see a dangerous proto-fascist potential here, a very serious possibility; I don't think it is an illusory abstract possibility. This first democratic enthusiasm is now over, and people are radically disappointed and returning to private life. It is the Spinozist machine at work. In spontaneous American ideology, the Japanese are constructed as an enemy that functions in an almost anti-Semitic way, because in anti-Semitism, the Jew is everywhere and nowhere; you can never localize him. They can be hidden everywhere. They are perceived as being all around, the ones who penetrated everything.

JA: This kind of enemy is nevertheless identified.

SZ: But not clearly identified. This is a crucial point of anti-Semitism in Nazi propaganda. It is more complicated than it may appear, because in anti-Semitism fantasy space, the Jew is not simply somebody with such-and-such a corrupted or whatever nature. In anti-Semitism, the Jew represents a nation that has no proper nature, has no proper character, which can mix. There is nothing horrible about having Chinese neighborhoods, Little Italy, etc. As long as you have these distinct entities, it's all right. The problem is that surplus element that is everywhere and nowhere. The standard role attributed to the Jew in Europe is here, up to a point, taken by Japanese. The second point is about the obsession even in American media, that Japanese don't know how to enjoy properly, that they work too much, the idea that the Japanese relationship to enjoyment is somehow strange other than ours, not normal, disturbed. I am always struck how in the American media they report this with regularity. Even the Japanese government tries to teach the Japanese how to enjoy more. For example, they are now ordered to take regular holidays.

JA: The problem is that they enjoy their work?

SZ: This is the idea, this is the ultimate racist fantasy. And here Lacanian psychoanalysis can teach us a lot, because the basic Lacanian idea is that the ultimate point of racism is not this kind of (as it is usually explained) clash of symbolic identification, cultural values, or whatever. As it was developed by Jacques-Alain Miller in Extimity, racism ultimately concerns the Other's relationship to enjoyment. Ultimately what bothers you in the Other is the way he or she enjoys. And not only the obvious ways-like, for example, the primitive, white sexual fantasies of black sexuality.