Did You Say Bizarre?
JACQUES-ALAIN MILLER

Rorty and the Orchids
MARIO GOLDENBERG

Rorty and the Orchids 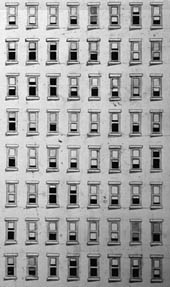 "The woman, like the flower, submerges her roots in… jouissance." (Jacques Lacan, Seminar XVII,1992)

In one of his testimonial texts, Richard Rorty takes two central issues of his life; one of them is related to "the familiar" and the other one is "contingent."

The title of this text is "Trotsky and the Wild Orchids." Trotskyism came to him from his parents; the utopian dream of socialism he never gave up completely, in spite of his turning towards Dewey's pragmatism. He considers himself a follower of Dewey.

When Rorty was a child an "encounter" took place in the New Jersey's northwest mountains, much as he stumbled into his interest for the orchids of this region: He was proud of being the only person who knew where they grew, their Latin names, and their blooming times. Orchids became important to him without knowing why; what was crucial in this period of his young life was the political speech, and his orchids did not befit at all.

In the aforementioned text Rorty tells us that looking backwards he suspects that "there was a lot of sublimated sexuality involved (orchids being a notoriously sexy sort of flower)." As well he links his desire to learn about orchids with his desire to understand Krafft Ebing's hard words in Psychopatia Sexualis. It is worthwhile to state that one of the species to which he felt more attracted to, was a certain kind of small yellow orchid called "lady-slipper."

At fifteen years old he had a project: to bring together Trotsky and the orchids, "to melt together into just one image Reality and Justice." That project failed; he nevertheless referred to it later as a bad idea.

It is certainly a bad idea to reduce the singularity of orchids to the universality of the political or philosophical speech; that which is not about the All but about the One-by-one - not All, as Lacan situates the feminine in Encore, and in this sense it touches the realm of the real.