The Experience
of the Real in Psychoanalysis
JACQUES-ALAIN MILLER

Highly Speculative
Reasoning on the
Concept of Democracy
ALAIN BADIOU

The Giver Giveth,
and the Giver
Taketh Away
CAROLINE WEBER

Welcome to the
Desert of the
Real
SLAVOJ ZIZEK 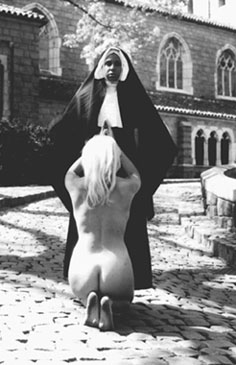 The word "democracy" is today the main organizer of consensus. What the word is assumed to embrace is the downfall of Eastern Socialists States, the supposed well being of our countries as well as Western humanitarian crusades.

Actually the word "democracy" is inferred from what I term "authoritarian opinion." It is somehow prohibited not to be a democrat. Accordingly, it furthers that the human kind longs for democracy, and all subjectivity suspected of not being democratic is deemed pathological. At its best it infers a forbearing reeducation, at its worst the right of meddling democratic marines and paratroopers.

Democracy thus inscribing itself in polls and consensus necessarily arouses the philosopher's critical suspicions. For philosophy, since Plato, means breaking with opinion polls. Philosophy is supposed to scrutinize everything that is spontaneously considered as "normal." If democracy designates a normal state of collective organization, or political will, then the philosopher will ask for the norm of this normality to be examined. He will not allow for the word to function within the frame of an authoritarian opinion. For the philosopher everything consensual becomes suspicious.

To confront the visibility of the democratic idea with the singularity of a particular politics, especially revolutionary politics, is an old practice. It was already employed against Bolsheviks well before the October Revolution. In fact, the critique addressed to Lenin-his political postulate viewed as nondemocratic-is original. However it's still interesting today to peruse his riposte.