The Manipulation of the Imaginary in a Homosexual Couple

One evening, or perhaps one afternoon in 1964, a 55 year-old man, and declared homosexual, was approached by another man, thirty years of age, in a shady Soho bar, at the time of Swinging London, where homosexuality, tolerated in such places, was still legally a crime. The older man was rich and famous, the younger lived from hand to mouth and had been to prison. He had an impressive physique, was tall, and had a "hard," virile look about him. The two men would stay together for seven years, as partners in a tempestuous relationship that ended in the younger man's suicide.

The Painter and his Model
This minor news item did not receive much coverage at the time, as the morning after the fatal passage to the act of his lover, the rich man launched a retrospective exhibition of his artistic work at the Grand Palais, an honor and crowning achievement that no other painter before him had been offered, apart from Picasso.

That Autumn, in 1971, Francis Bacon, the painter whose works today are, along with those of Picasso, among the most expensive in the world art market, was received by Georges Pompidou, the President of the French Republic, just after he had lost his companion and lover, who had also been his favorite model.[...] 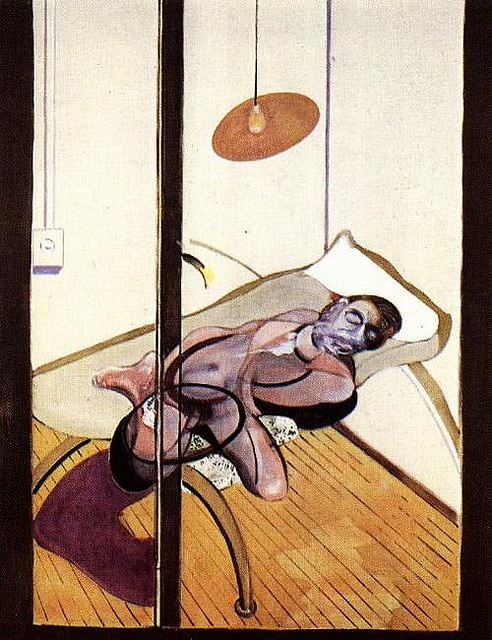