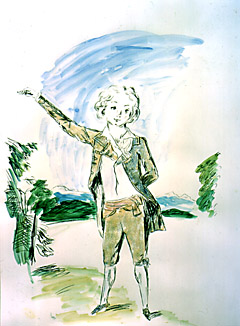 The question is addressed in the singular, "art," and the response is easy. I would like to depart from the response in order to return to the question. In a strange though simple passage of Jacques Lacan's Seminar on The Ethics of Psychoanalysis,1 we read: "When I give you a formula such as 'The desire of man is the desire of the Other,' it is a gnomic formula, although Freud didn't seek to present it as such. But he does so from time to time without doing it on purpose. Thus I once quoted a very short formula which brought together the respective mechanisms of hysteria, obsessional neurosis and paranoia with three forms of sublimation, art, religion and science. At another point he relates paranoia to scientific discourse.2 These clues will help us to articulate in all its generality the formula in which we will in the end order the function of sublimation with reference to the Thing. 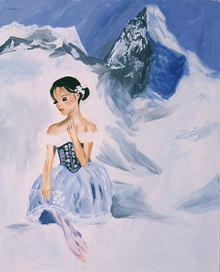 This Thing is accessible in very elementary examples, which are almost of the type of the classic philosophical demonstration, including a blackboard and a piece of chalk. I referred last time to the schematic example of the vase so as to allow you to grasp where the Thing is situated in the rapport that places man in the mediating function between the real and the signifier. This Thing, all forms of which created by man belong to the sphere of sublimation, this Thing will always be represented by emptiness, precisely because it cannot be represented by anything else - or, more exactly, because it can only be represented by something else. But in every form of sublimation emptiness is determinative.
I will point out right away three different ways according to which art, religion and the discourse of science turn out to be related to that; I will point this out by means of three formulas that I don't say I will retain in the end, when we have completed our journey together.

2. We find, for instance, that in Totem and Taboo, chapter 2, "Taboo and Emotional Ambivalence," in fine, Freud argues: "The neuroses exhibit on the one hand striking and far-reaching points of agreement with those great social institutions, art, religion and philosophy. But on the other hand they seem like distortions of them. It might be maintained that a case of hysteria is a caricature of a work of art, that an obsessional neurosis is a caricature of religion and that a paranoic delusion is a caricature of a philosophical system." One is not dealing with science, but the difference with philosophy is not here forcibly pertinent (relevant). Philosophy and science would have in common a certain systematization, or the spirit of system. We know Freud's expression in a letter to Ferenczi from October 6, 1910: "I have succeeded where the paranoiac fails." back up