I saw Him, Blushed,
Grew Pale

Love is abnormal: that it makes people sick is normal.
But what are its symptoms? Are there only symptoms?

In addition "It is discarded that a theory of sexuality may arise from these essays"Preface to the 3rd edition. The symptoms of sexuality are not thus inventoried by Freud himself; indeed, sexual aberrationswhich appear in the first part of the Essays, taken from psychiatric, or criminological, literature, and already described by other authors nine sources, quoted in the footnotes, are arranged by Freud according to their aim and according to their object, and thus already constitute symptoms with respect to "normal" sexuality. Only that for Freud, it is perversion that is normal; it is conjugal fidelity that is abnormal, that is even the ordinary aberration, just like the command to love your neighbor as you love yourself. 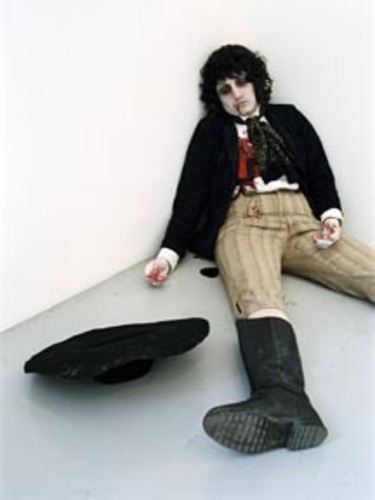 We might say, without overdoing it too much, that for Lacan sexuality as such only has one symptom: detumescencea phallic, masculine symptom, a symptom of phallic jouissance, whereas feminine sexuality as such gives rise to fewer symptoms, none of which the other jouissance has. Herein lies a difference with the traditional, canonical opposition between impotence and frigidity, displayed for example in W. Stekel's two books, Impotence in the Male and Frigidity in the Woman.

The fact that jouissance, says Lacanorgasm for us, to restrict ourselves to uscoincides, if I daresay so, with the knockout or shutdown of the tool through detumescence is something which deserves not to be regarded as something, if I may say so, which is, as Goldstein puts it in the Wesenheit, essential about the organism.

Which means that it is not "in nature," and thus it is a "source of anxiety." What has just been said should not be taken too rigorously, as it is doubtlessly too systematic but provides an orientation for the question: if there is a love sickness, what are its symptoms?...