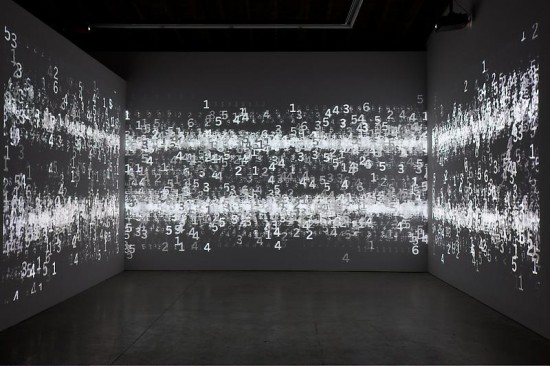 One object incarnates the hypermodern mutation: the wall of images or wall of screens. The world's transformation into an image is accomplished in it, through it.

Whether its purpose is control, information, observation, security, advertising, or merely display, the wall of images is close to becoming one of the most significant objects of the century.

If we want to define it, even minimally, we should not be content with regarding it as a quantitative processaccumulation and superposition of a large number of screens in a networksimply because properly speaking there is only a wall of screens when a number of screens can no longer be visually quantified, deduced at a glance. It is a wall. Visually, this numerical machine is outside, beyond numbers. In its architectural dimension, the wall of screens entails an excess, the mosaic of plural images constitutes a single yet unlimited image, supposed to extend in all directions. That's why we say wall. There is always only one. But referring to the wall does not bring up only the architectural dimension of the setup, rather the wall is put into question in its image, its nature, its essence. The wall of images operates a hypermodern transmutation of the wall: the opaque, blind thickness is thereby turned into a huge transparent "window." [...]