The Birth of the Intimate (II) 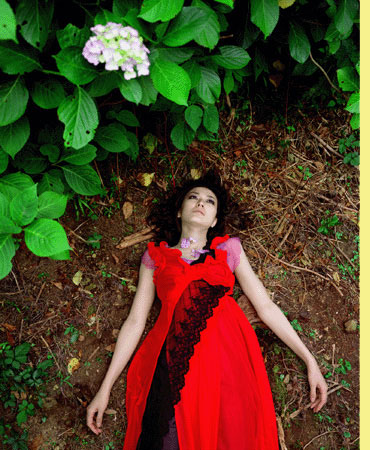 This way of being alone and hostile to solitude, this gaping intimacy of a soi-même which includes the Other, this empty subjectivity which calls on the world as a necessary complement, greedy to be nourished in order to extract one's flesh from it, this exterior which incessantly lacks in itself, this desirable outside, a little more, a little less, this open geometry of the subject and the world, this is precisely the man at his window.

A new subjectivity is instituted in the Renaissance. That of a man who looks through his window.

A new subjectivity, it is in effect urbane; it is precisely this "Whoever" that Kafka talks about, of whom he says: "that one cannot go for long without a window on the road." This subject at his window who sees the world passing is not an indifferent spectator, entrenched in the shadow, glancing distractedly or bored with the world's agitation. He is on the contrary a desiring being who aspires to the world, to whom the world aspires-and also rejects at times. It is this being who, one gray day, alone and oppressed, breathing in the world as if looking for a little air, fresh air, vital, calling mutely, leans out in the hope of joining in the agitation below. He is this being, waiting for an arm on which to support himself. He is this immobile being, empty, without strength, but who still has the hope that a gaze will turn toward him, that a call will call him among the living, that in the world a gaze will keep him from falling through the window into the world.

It is this being of desire, in an unwilled instant, that "the horses will carry along in their cortege of cars and noise, in order to plunge him back in the chorus of men." Even old, this man at the window is not a retiring man, a weary or indifferent spectator, he is a still living man who knows that life is a constant exchange with the world. Sometimes an agreement, sometimes at war. Every man argues with the world. But life demands that one take part. It asks him to make the choice of Kafka's man at the window.