Lacan, a Lesson in Politics

JOUISSANCE IS ASSERTED AGAINST THE NAME

—“Your words struck me more
than you think,”
I had to tell him later on.
––“Struck more than I think,”
the Doctor said.
—“That’s it exactly,”
I had to insist.

That night we were seated at the dinner table, in the little apartment on Rue de L, all three of us, his daughter J* and opposite to her, his son-in-law A* and I, when he entered, “Freud” himself.


He entered slowly with his wife who sat down at the other unoccupied end of the table. I stood up and went to greet him, knowing that he had been attacked two days earlier in his home by a thug, a madman who wished him ill, who punched him and ask for his money. I easily guessed that alluding to the incident was out of the question, not even an apologetic “trust me, I am with you in these trying times.”

The punch had left a visible bruise on his neck, and his voice had become conspicuously hoarse. He greeted me and then took the text his son-in-law A* had prepared for the newspapers, to answer a question of revolutionary politics in the style of 1789, following the principles of Jean-Jacques Rousseau. 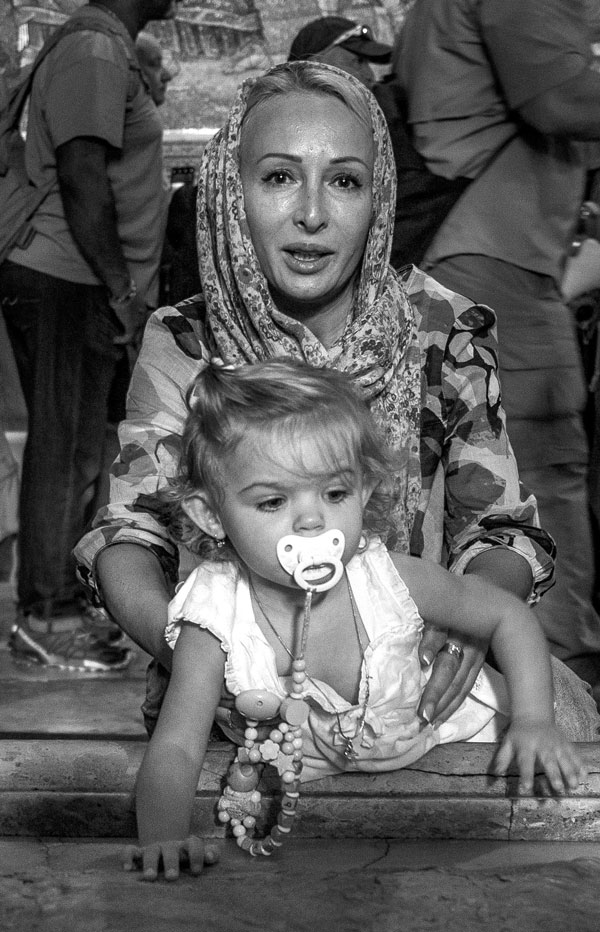 Violeta Bullrich. Mother and Daughter in the Saint Sepulcre, photograph, 2018