Surrealism is in the air, and it seems to have a life of its own, a playful one I might say, that will touch and modify things on behalf of irony. Call it a radical sense of humor, radical because it belongs in between time, and in between space, humorous because it is not quite reality not quite a dream either, we will swoon, so to say, over it.

Genesis Belangers series entitled Holding Pattern features ceramic figures sculpted in porcelain sitting on a table, exhibited in a window at New Museum. Here, the extraordinary attaches to the everyday items such as cigarette stubs, soda cans, handbags, and stray pills, twisted and displayed like parts of the body is it a leg, is it lipstick? Is it a breast or is it a fruit? 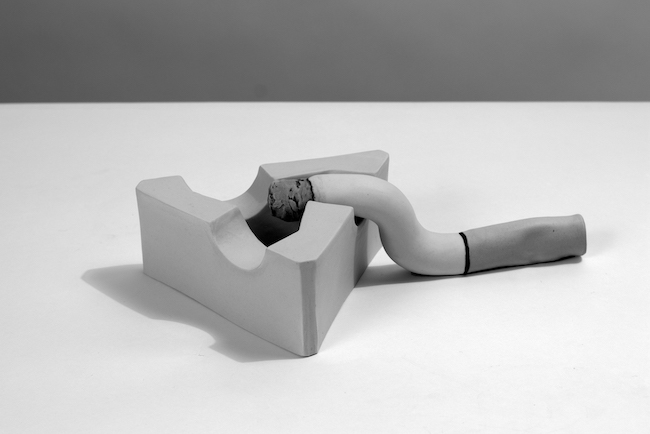 Genesis Belanger says in connection to the human body and her work, Our relationship to objects is a complex one. Objects become surrogates and markers of our identity. In my work, I like to get slippery and literal. For the objects to be bodies. I am particularly attracted to hands and limbs because of the way advertisements sever these parts of womens bodies.

The poetic effect of Belangers work takes us directly into the surrealistic realminto what Lacan sought from the beginning to the end of his teachings. In Seminar XXIV Linsu que sait de lune bévue saile à mourre he tells us, that with the help of what is called poetic writing, you can have the dimension of what analytical interpretation could be. 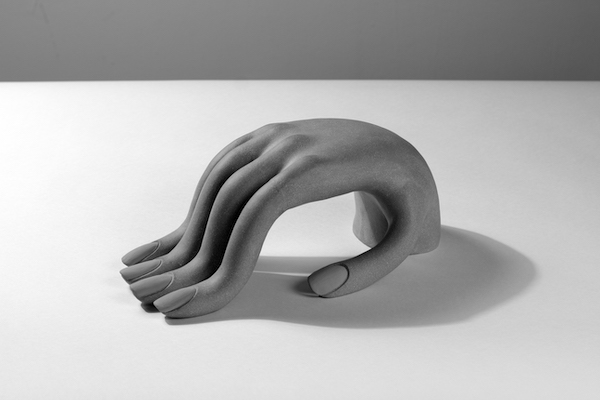