It is the time of a tear. You came to pay me a visit, so very charming Germán. I called you a Dandy you liked that I called you that. You wanted me to read from your last book, that I read Miserere while you tell me more of your own saying, which you would follow up in a dedicationI made a photo of you, you wrote, For Finita that invented herself a life with a decided desireand earlier New York is big, but the door is Finita. That one was really quoted over timeand there are others, all of them very, very beautiful.


Perhaps the agalma of Germán García would be something of the order of the appetite, that is someone who does not economize himself, who is open to others, and who therefore has a certain lack of reserve that sometimes annoys those with phobic disorders. The appetite for the new makes him incredibly alert, in such a way that you sometimes feel slow next to Germán García, and I think the actual appetite is the voracity that sometimes makes people afraid to be devoured. It produces, in certain cases, movements of rejection, or withdrawal. 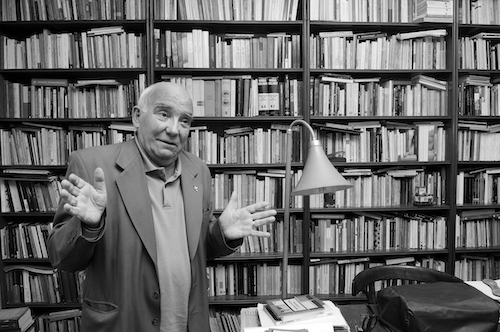