A Place for Lalangue...
ÉRIC LAURENT

From Symptom to Fantasm and Back.
JACQUES-ALAIN MILLER

A Place for Lalangue of a Body

THE BRAIN AND THE NETWORK OF LANGUAGE
There is an antinomy between the inscription of traces in the brain by the model of the simultaneous activation of the synapses — the “firing together” — and the model of writing. The neuronal assemblies formed by the firing together inscribe themselves as a cartography through the stimulatory connections — the wiring — between the members of this assembly. In this separation between cartography and trace, different currents are confronted in thinking of the relations between the brain and language. Certain theorists do this through successive imbrications of cartographies, through the superimposition of networks starting from instruments of perception of the external and internal worlds designed by the neuronal assemblies.

Like some other eminent biologists, Gerald Edelman — winner of the Nobel Prize for medicine in 1972 for his research on antibodies, which then passed from antibodies to research on the identity of bodies, and then to the biology of consciousness — notes that there is no possible continuity between perception and naming because the ambiguities of naming in language render any learning by direct equivalence impossible. And he says it: “Metaphor and metonymy are major modes of thought …both are incompatible with the objectivist view.” And for him there is a discontinuity such that we cannot think of the passage to language in terms of cartographic superimposition.

Others, like Antonio Damasio, do not renounce thinking of language as a result of a successive integration in the Ego of neural representations. The Ego would be a neurobiological state perpetually recreated from topographically organized neural representations organized under the command of others at a higher level, the process ending with the final representations that are words. I quote him: “both words and arbitrary symbols are based on topographically organized representations and can become images.” These words, reposing on cartographies, bring to mind the metaphor Lacan proposes in the 1967 presentation that has been cited several times this morning: “Language reposes like a spider on the brain.” The spider on the brain — attention! It is not a question of the slang expression introduced in the 19th century, “to have a spider on the ceiling” (“avoir une araignée au plafond”). It is a question of a metaphor that has traversed western culture since antiquity. For Heraclitus, the spider represents the soul and the web the body. Erasmus, in his prodigious Adages, as always makes his point and reminds us of the two versions that Plutarch and Aristotle oppose to each other. Plutarch makes the spider the metaphor for poetic invention. “The poet like the spider that weaves its web starting from a body, and a man draws from himself the material of his lies.” Aristotle, on the other hand, in The History of Animals, Book 9, adds that: “Spiders produce their fiber from birth, drawing it not from the interior of their bodies, like excrement — as Democritus thinks — but from its surface, like a husk, or like a porcupine that makes... 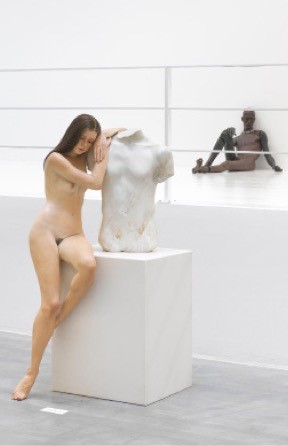