A New Covenant with Jouissance

...for example in the expression “cause of desire,” assigned to the objet a. The expression immediately spoke, as they say; it was easy to illustrate. With this term, everyone can be engaged to wonder — “where is for me the cause of desire?”

These evocation effects do much to validate what is in fact a theoretical conception. But, as in psychoanalysis, it precludes verification, evocation most often comes instead of demonstration. The power to evoke, the feeling of being right on target, that this is exactly it, serves as a demonstration. Of course, Lacan regretted that there was no demonstration in psychoanalysis. This is why he periodically added a certain number of appendices of mathematical and logical order, where the demonstration is possible, while striving to show that the terms of these logic-mathematical appendices were homological, homologous to terms and to psychoanalytic problems. He was constantly pulling out of his bag of tricks mathematical equations, if I may say, raking his brains, trying to deduce demonstrations, then he referred them to his remarks concerning psychoanalysis, Freud’s theory, the analytical experience.

“Cause of desire” was on target. It may be noted, I did in the past, that the expression takes up, in causality language, that of Freud’s Liebesbedingung, “condition of love.” It is a love which also includes the notion of sexual attraction. Lacan knew how to catch Freud’s expression, and to pin it with a specially speaking expression, which can be transcribed in terms of the matheme representing the causal relationship by an arrow: a —>d.

We again find causality language when Lacan speaks of “cause of the subject”... 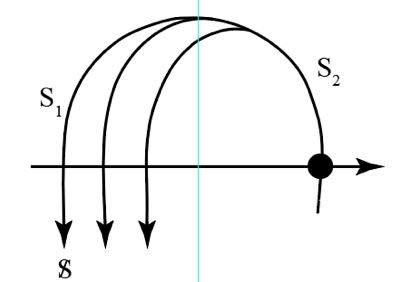