Varieties of Negation:
From Drizzle and Decaf to the
Anti-Semitic figure of the Jew

iek often takes the example of a friend whose wife had died, leaving behind her hamster.1 The friend didn’t appear shaken by the event of death, he rationally assumed the knowledge of her death, this ultimate absence, and went on living as he did before. After some time, the wife’s hamster had also died, and he was utterly shaken by this, experiencing this loss as a total subjective destitution. The point, of course, is that the hamster functioned as a fetish, the object (the “but all the same”) that enabled him to acknowledge the fact of the wife’s death (the “I know very well”), while not experiencing the devastating consequences of this knowledge: “I know well that my wife has died, but all the same—by clinging to the hamster—I believe (act as if) no death ever took place.” 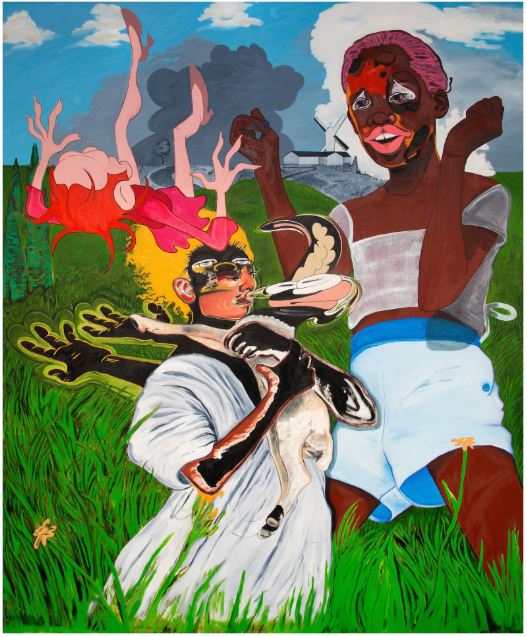 
1The inscription right next to the entrance of the Rockefeller Memorial Chapel states that on December 13 1910 John D. Rockefeller made provision for the erection of this magnificent chapel, lying at the very heart of The University of Chicago, as a reminder of the religious underpinnings of all knowledge. However, this sublime reasoning is redoubled and curiously subverted by another inscription reminding the visitor that the chapel was in fact built in the loving memory of Rockefeller's deceased wife, helping him as it was to cope with her death by way of erecting this magnificent phallic structure. The point, of course, would be that this chapel was precisely Rockefeller's hamster.